"I Never Owed Any Debt as Anambra Governor" - Obi Declares


The former Governor of Anambra State, Peter Obi, has revealed that he did not owe any debt or borrow from any organization, both within and outside the country when he was in power.

The erstwhile Governor of Anambra State, Peter Obi, has stated that he did not owe any debt or borrow from any organisation, both within and outside the country during his tenure.
Obi, who spoke through his media aide, Valentine Obienyem, said his attention was drawn to the news publication in a national newspaper, classifying Anambra State among those owing various sums of money, with names of their culpable governors attached.
Obienyem said the error, in the case of Anambra State, lies in the fact the paper gave the impression that the N17.6 billion was incurred during Obi’s tenure. 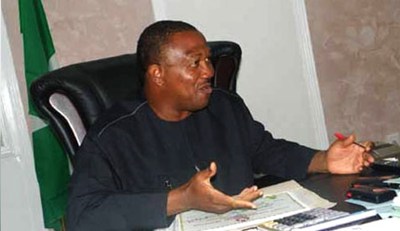 “While we recognise that states are owing under different governments, I make bold to say that under Mr. Peter Obi, Anambra State did not borrow any money nor raise bonds. The state only guaranteed the sum of N1 billion borrowed by farmers in the state from Fidelity Bank. The development loan offer from the World Bank for education and  erosion control, which has a 40-year moratorium, was not drawn down by Peter Obi ‘s government. Not even one kobo was taken when Obi was the governor ”, Obienyem stated.
Obienyem, who also disclosed that the Debt Management Office can always confirm the financial situation of  the state during the time of Obi and at all time, also challenged any person insinuating that the former governor borrowed money to name the financial institution through which he did that.
Top Stories