Recall that the company failed to pay investors their money on the 19th of March, after months of promise. 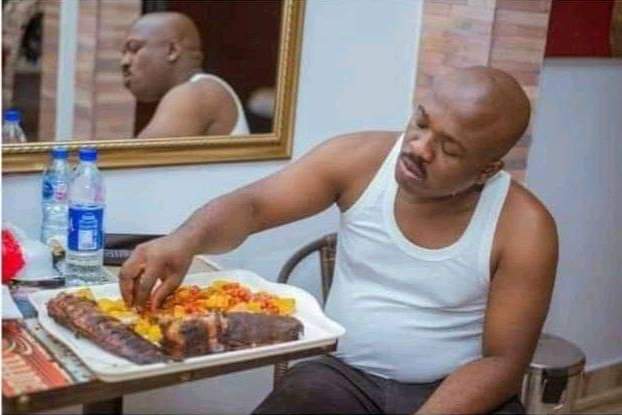 Chinmark CEO, Chinedu Ijiomah
Pastor Charles Awuzie has given a sad verdict to investors who invested millions of naira in Chinmark Group by Chinedu Ijiomah.
Recall that the company failed to pay investors their money on the 19th of March, after months of promise.
Now, it seems like things have finally come to a head with Awuzie saying the money in the company's frozen account cannot pay three top investors.
Read the statement below:
At first, I honestly thought that SEC freezing the accounts was the problem. I found a solution to the SEC problem only to discover that what's in the account can't pay 3 top investors. I came here and said the truth because I promised to be neutral and report only what is true. As soon as I made that post - Chinmark called me and shouted at me.
Shouting at Charles Awuzie? Dude, you were just calling me Dede, Sir etc ... Where did the humility run to? Oh ok, I got it. The usual religious humility.
It then dawned on me that the help they want was to hide the truth and not to solve the problem.
I told him the job of image making is for PR firms. But he should focus on solving the main problem - which is how to pay investors. I told him that once investors are paid, top investors are settled with assets, the people dragging him on social media will naturally calm down. It is the law of life. If you want to put out a fire, don't put your hand in the fire, you will get burnt. Look for the extinguisher - the solution.
I am not a Truth hider... That's something I don't do . I solve problems. And if SEC was the problem, Charles Awuzie would have solved it.
If SEC was the problem, Chinmark knows what to do to unfreeze the accounts. But SEC was a cover up. This is the hard truth.
I called one of his pastor/mentors who asked him to follow my advice and told him that TRUTH WAS LACKING.
At that moment, I made it clear that SEC IS NOT THE PROBLEM.
If there is no money in the accounts then why are we blaming SEC? Could it be that SEC saw the reckless spending and stepped in to halt more expenses which would have driven the accounts to Zero? If Chinmark genuinely wants to solve this problem, he should step DOWN, allow an independent agency to come in. I told him about the process of entering Administration which precedes liquidation.
Why I Didn't Support the Debt Funders story....
Which Debt funder or equity funder will give a Brand so much money for a bad name and little financial strength?
Only a criminal funder with questionable money will do such. I'm in business. I am an investor. I know what I am saying.
Business funding is not charity. Nobody will throw in Billions into a brand that has lost marketability.
These funders should be named. But if they continue to be nameless, then only a fool will choose the option of a nameless Funder. What if there is no funder and it's just a strategy to calm the fire? And moreover, I also know from experience that it takes a very long time to secure such huge fundings.
I promised to be neutral in this case - this means that I will stand for what is TRUE, FAIR AND JUST.
To achieve this, I refused to recommend any service provider to either CHINMARK or the investors. I won't recommend any liquidator, lawyer or whatever so it won't be that Charles wants something out of this.
I want JUSTICE. I am a Nigerian who is ashamed of his nation. Fraud has cost me millions of dollars. I won't watch fraud of any kind happen and I refuse to do something. This is about RESPONSIBILITY... This is about Leadership. Nothing else attached.
At this point, some well meaning Nigerians have stepped in. Some top Nigerians wants to use this case to end the evil of financial recklessness in our land. Let's wait and see what happens next."
Top Stories