Couple Killed, 8 Others Injured In Multiple Accident In Bauchi


Two of the victims survived with no injuries while a man and his wife were killed on the spot of the crash. 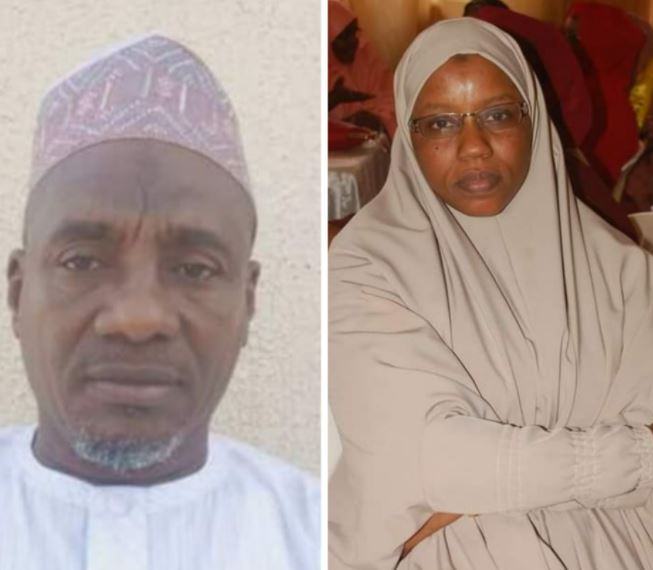 Three persons including a couple have died while eight others sustained severe injuries following multiple auto crashes in Bauchi State.

According to a RTC report from RS12.15 Command, Bara Unit Command, the accident occurred on Thursday, March 24 at 9:30am at Tashan Kaji village few meters away from the Bauchi /Gombe states border along the ever busy Bauchi-Gombe highway.

It involved two vehicles, a petrol laden tanker driven by one Adamu Garba and a Toyota Corolla with registration number, RBC 719 Dn.

Two of the victims survived with no injuries while a man identified as Babangida Yaro and his wife,Uwani Tukur Ribadu, were killed on the spot of the crash.

It was gathered that that Babangida Yaro, until his death was a staff of the Bauchi Office of the Jos Electricity Distribution Company (JEDC)

Late Yaro, who was in his early 50s, was the Customer Service Manager of the Yelwa Office of JED and was said to be traveling to his hometown in Adamawa state for a wedding when the accident claimed their lives leaving behind four children.

A close associate of the deceased, Ardo Hazzad, who confirmed the incident to Nigerian Tribune in a telephone conversation, said that the incident has thrown the league of friends into confusion and shock.

He said that they were together only two days ago with other friends at the stadium field where they always meet to play the game of amateur squash.

"Babangida was with us just two days ago where we always play Badminton. But that day, he looked so quiet and said he was not going to play because he wasn’t feeling well, he only sat and watched us play," Hazzad said.

"He told even me that day that he would be traveling to Adamawa State. We have been friends for about four years now. As I speak now, all our friends are gathered together, about 20 of us, and we’ve just finished praying for the repose of his soul and that of his wife.

"This incident had thrown us all into great shock because just two days ago we were together and we had a great time together. We will really miss him."

He said the deceased was a very nice and humble person who was kind to people noting that whoever had a problem with his electricity and met him, he always made sure he sorted that issue out.

The couple were buried in Adamawa State in accordance with Islamic rites.

The second accident involved a Toyota Sienna mini bus which claimed one life at 1450hrs and was reported at 1500hrs while operatives of the FRSC arrived the scene at 1510hrs a period of 10 minutes.

The accident occurred at Gumeru village along the ever busy Bauchi – Kano highway involving one private car with REG NO: ABC 755 TS.

The car was driven by one Salmanu Tanko while the probable cause of the accident was speed limit violation (SPV).

Seven people were involved in the accident out of which one person, a female was killed while six others, 1Male Adult, 1 Male Child, 2 Female Adults and 2 Female Children were injured.

The victims and the corpse were evacuated and taken to Kafin Madaki General Hospital for treatment and confirmation of death by men of NPF, Kafin Madaki Division. 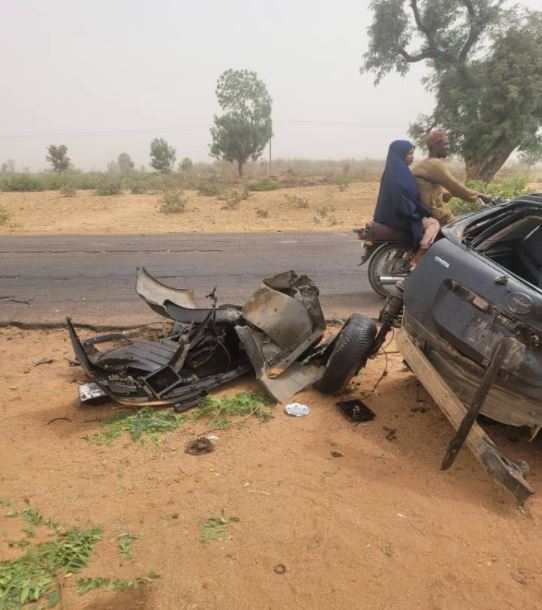 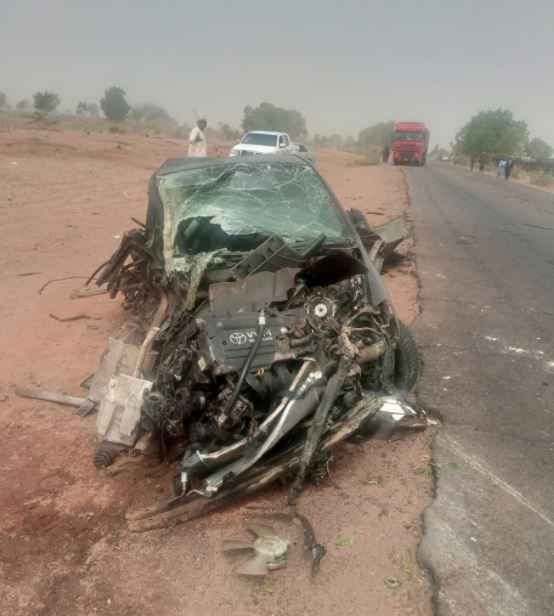 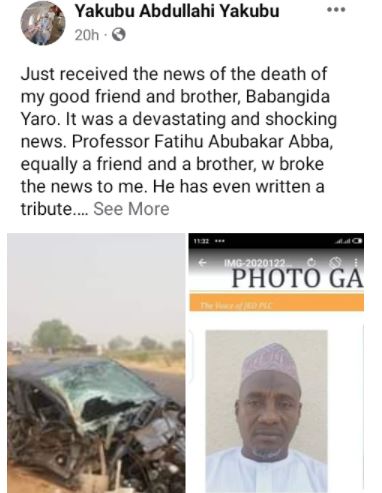 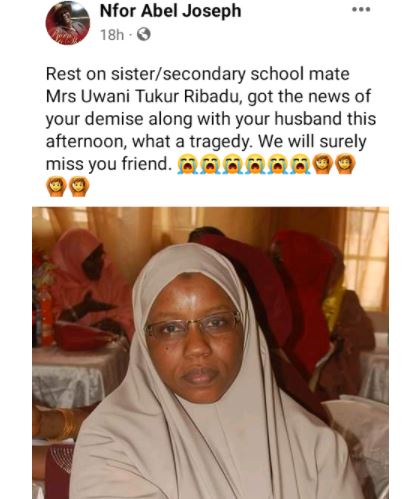