The attack happened close to the Zuma barracks along the road in the Suleja area of Niger State in the early hours of Wednesday, March 29. 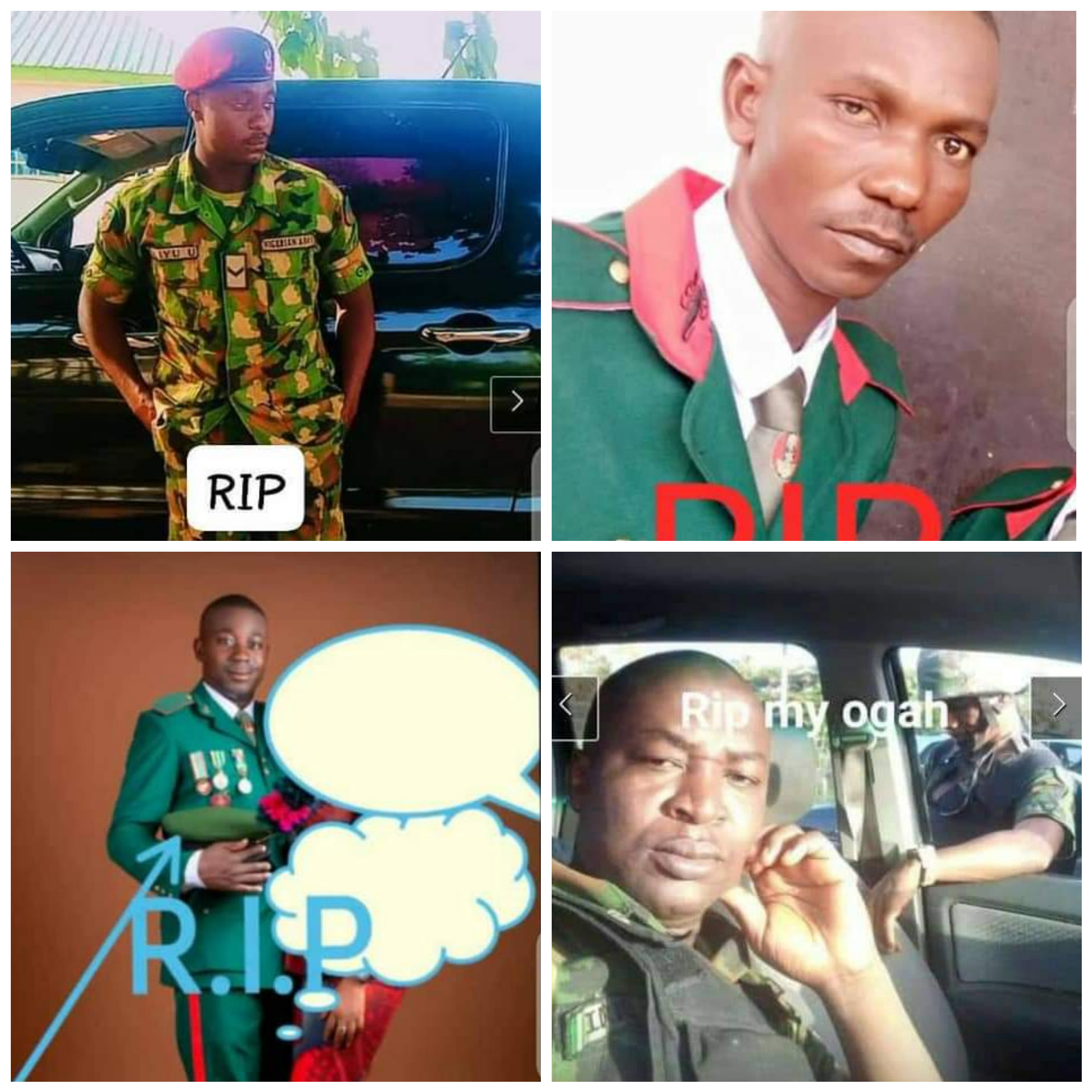 Bandits have ambushed and killed seven soldiers along the deadly Abuja-Kaduna Expressway.
A report by Punch revealed that the attack happened close to the Zuma barracks along the road in the Suleja area of Niger State in the early hours of Wednesday, March 29.
A military source told the publication that the commanding officer had received a distress call and sent his men to the scene.
The source said contrary to the speculation that the barracks was overrun and some soldiers killed, it was an ambush close to the facility.
“The commanding officer received a distress call on the activities of bandits around the Diko area, which is not far from the Zuma barracks. He deployed men but unfortunately, they were ambushed and seven soldiers died in that ambush. There was, however, no attack on the barracks as speculated. The incident happened between 4am and 5am on Wednesday," the source said.
One Aziz Garba and Garba M, shared photos of some of the soldiers reportedly killed by the terrorists.
In a related development, the Air Component of the Operation Thunder Strike bombed some terrorist hideouts around 2pm on Wednesday. The number of terrorists killed in the operation could, however, not be ascertained.
A situation report read, “Upon receiving credible information that at about 2pm on March 30, 2022, about 70 terrorists on 40 motorcycles and some on foot were sighted moving towards the Akilibu-Sarkin Pawa Road, near Mangoro village, the air component of Operation Thunder Strike swiftly scrambled an aircraft to intercept and neutralise the terrorists.
"The terrorists were subsequently engaged in different waves with rockets, while those fleeing were mopped up with canons decisively.” 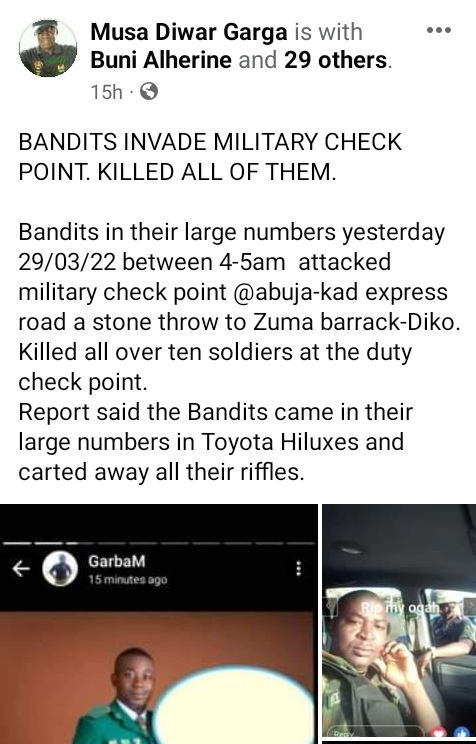