Sheikh Khalid in the sermon flayed the government over its failure to tame the escalating insecurity and killings in the country. 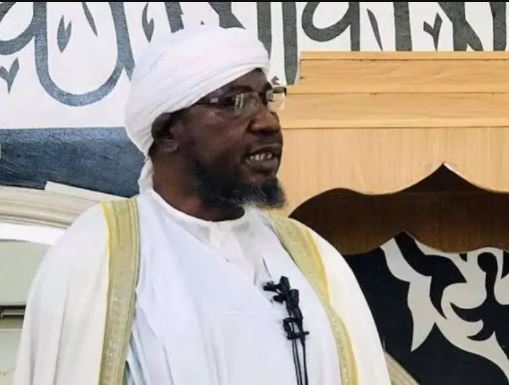 Daily Trust reports that the mosque committee of Apo legislative quarters, Abuja, has suspended its Chief Imam, Shiekh Nuru Khalid, over a sermon he delivered on Friday.

Sheikh Khalid in the sermon flayed the government over its failure to tame the escalating insecurity and killings in the country. The Imam, in his Friday sermon, criticised the President of failure to visit Kaduna over the terror attack, saying condemnation wasn’t enough.

In the sermon, the imam hinted at some measures that electorate should devise should the authorities fail to protect their lives.

He said, “Nigerian masses should resort to only one term which is – protect our lives, we will come out to vote; let us be killed, we will not come out to vote, since it’s only elections that you people know,” he added.

In a statement, the chairman of the mosque committee, Senator Saidu Muhammed Dansadau sent to BBC Hausa Service, said the committee suspended the embattled imam over his sermon that it deemed ‘inciting public outrage’.

The statement read, “I am informing you that you have been suspended from leading prayers in the Apo Legislative Quarters Mosque from today being April 2nd, 2022 until further notice.

“The decision was taken out of the inciting Friday sermon you delivered on April 1st, 2022; where you advised people not to vote come 2023 general elections unless politicians respond to some critical questions.

“You should have advised them to vote out those that transgress the Almighty and breach people’s social contract as well as the state.”

The committee has immediately appointed Malam Mohammad who will deliver Ramadan Tafsir while Malam Abdullahi will be leading Friday prayers.

However there’s no reaction from the suspended imam.

Sheikh Khalid has been an avid critic of the government over the escalation of insecurity in Nigeria.

His latest sermon is coming a couple of days following terrorists’ devastating attack on Kaduna-bound train where a yet-to-be ascertained number of passengers were killed and others abducted.