Pastors Embark On Peaceful Protest Over Insecurity In Kaduna


Bandits had attacked Kagoro community, in Kaura Local Government Area of the State, killed several people and abducted many others. 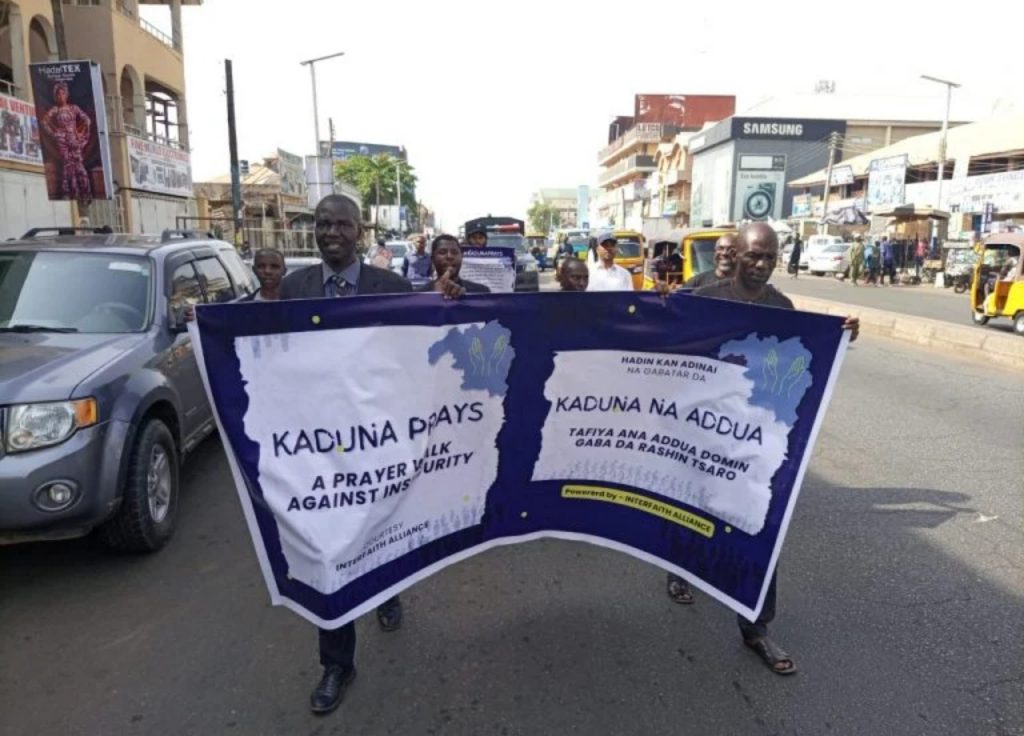 According to a report by Daily Post, clerics of the Interfaith Alliance in Kaduna have protested regular bandits’ attacks in various parts of the State.

Recall that Kaduna has been in the news for the past few weeks due to constant bandits’ attacks in various parts of the State, leading to the killing and kidnapping of several people.

Bandits had attacked Kagoro community, in Kaura Local Government Area of the State, killed several people and abducted many others.

Following this development, the clerics staged a peaceful protest, calling on the Federal Government to urgently salvage the situation.

Reverend Emmanuel Adebayo, convener of the group, lamented the suffering by victims of banditry, praying God to help them overcome the psychological trauma they passed through during the attacks.

The pastors with the hashtag: #Kadunaprays, called on the Federal Government to be proactive in tackling terrorism.

According to the pastors, the State government was not doing enough, just as they called on the Federal Government to destroy the bandits’ hideout.

They also appealed to the government to compensate all the victims of bandits’ attacks and award scholarships to the victims’ children.

“I am sure everybody knows that Kaduna is one of the States plagued by incidences of banditry and terrorism and various forms of criminality and of late, it has been on the increase,” he said.