Upon the distress call, the DPO Sango Division, SP Saleh Dahiru, quickly mobilized his patrol team and moved to the scene. 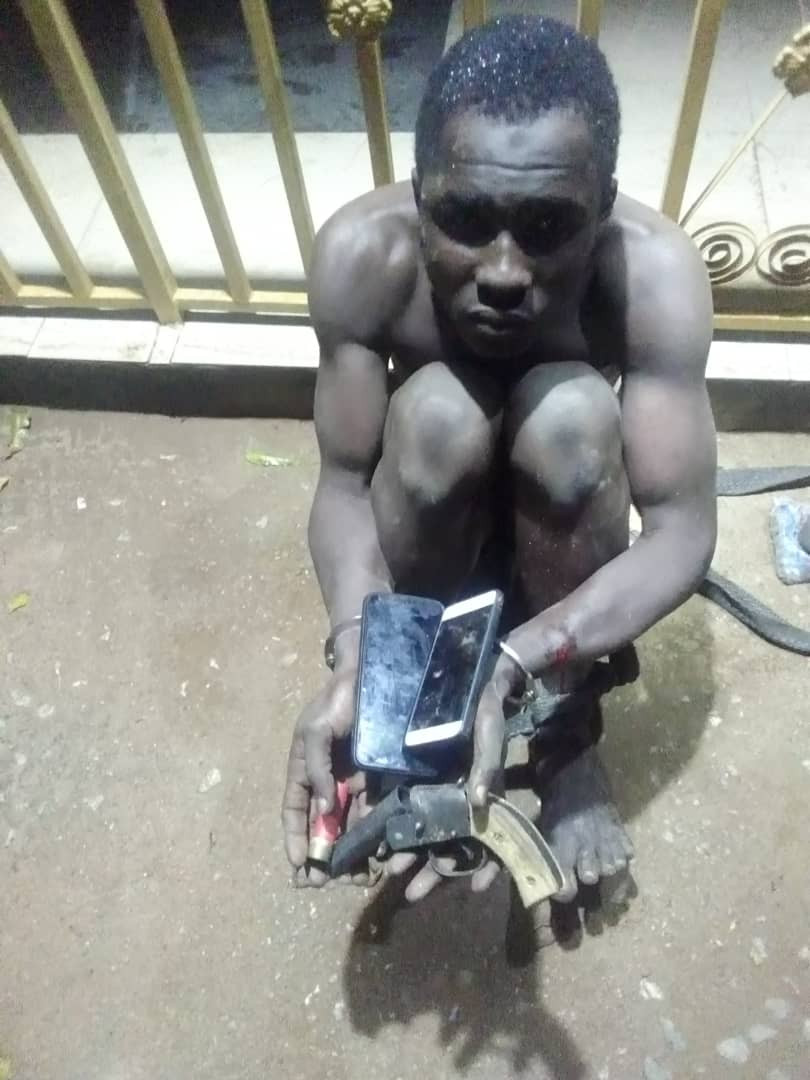 Isikilu Moses, a suspected armed robber, was in the early hours of Friday, April 8, arrested by men of Ogun state police command while carrying out a robbery operation at Joju area of Sango ota.

The suspect was arrested following a distress call received by policemen at Sango divisional headquarters, that armed robbers have invaded Adebeshi street, off Joju road, Sango ota, and dispossessing members of the community of their belongings at gun point.

Upon the distress call, the DPO Sango division, SP Saleh Dahiru, quickly moblised his patrol team and moved to the scene.

On sighting the policemen, the hoodlums took to their heels, but they were hotly chased and one amongst them by name Isikilu Moses was apprehended.

Recovered from him are; one locally-made pistol and two mobile phones belonging to their victims.

Confirming the incident, the spokesperson of the state police command, DSP Abimbola Oyeyemi, said the commissioner of police, CP Lanre Bankole, has ordered the immediate transfer of the suspect to the state criminal investigation and intelligence department for discreet investigation. He equally ordered a massive manhunt for the remaining members of the gang with the view of bringing them to justice.