Chikwendu in a post on her Facebook account released photos showing her bloodied nose, legs and other parts of her body as evidence of the abuse allegedly suffered while with Fani-Kayode. 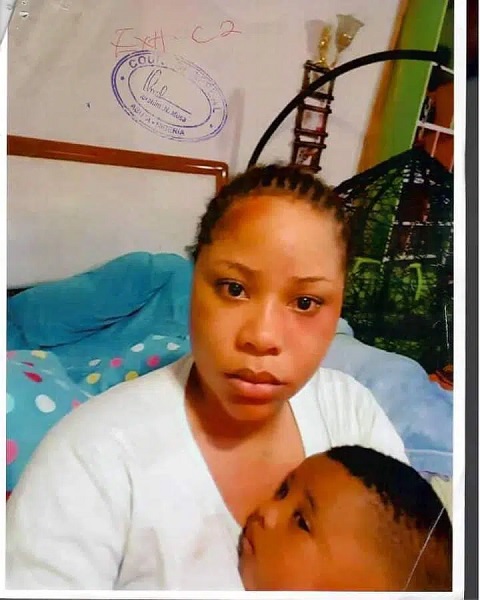 The estranged wife of Femi Fani-Kayode, Precious Chikwendu has revealed that she's a victim of domestic violence.
She took to her Facebook page to share photos of assault she suffered in her marriage.
Fani-Kayode is a former Minister of Aviation and now a member of the All Progressives Congress.
Chikwendu made the revelation while reacting to the death of gospel singer, Osinachi Nwachukwu.
She condemned Nigerians blaming late gospel singer, Osinachi Nwachukwu for not revealing her ordeal in her marriage.
According to Chikwendu, the same people would have silenced Osinachi if she spoke about been assaulted by her husband, Peter Nwachukwu.
Chikwendu in the post on her Facebook wrote, “I’ve been silently reading so much of the blame people are heaping on Osinachi for not speaking up.
“Sweethearts you can’t understand the weight on a victim of domestic violence or how we go through so much compartmentalizing how the world would look at us, close friends waiting to laugh at us, those who would say we warned you, how our family members would humiliate us of putting them to shame if we do leave, how we would be irrelevant in places where we were deemed relevant by the status of marriage or maintaining a home.
“You all forget that a narcissistic partner is one who feels threatened by the abilities or potential of their partner and I’ve said this to so many women and men I’ve had a chance to speak with after eating enough of this breakfast, That if he or she is intimidated by your personality, achievements, charisma, Strength or God-given talent, sweetheart run for your life.
“Envy mixed with a slice of hate is violence-prone when it has to do with partners or lovers. If he or she can’t learn to talk over arguments without turning a red-eye on you, screaming at you which gradually graduates to punches, the absolute need to intimidate or silence you on every unintended provocation, the adrenaline rush when they exert authority or control, RUN.
“These behaviours are the first azonto steps of abuse. The judges would have called her a pr#stitute or mad like I was called for choosing my sanity and peace. Her husband would have left to pick another supply, walked free and even contested to be president in the next election.
“Every abusive partner was exposed to violence at some point life and would pass this on. We are screaming about Osinachi, she is gone and it hurts to see a victim like me not survive but I totally understand she got to the stage where she resigned her fate to die in torture she felt there is no other way out.
“I got to that stage but snapped out of it after realizing that when I’m gone my boys would hate me for such a selfish decision without considering them. So many people were aware of my situation but never spoke likewise Osinachi’s case because everyone would still blame her regardless.
“Blaming a victim in constant fear is why most would not speak up as so many are reading these negative contributions. Osinachi would have walked away if she had just a bit of her self esteem intact, she let go cos she felt worthless.”
See the photos below:
Top Stories