In the video, the man can be seen repeatedly dangling the three-week-old boy upside down by the ankles before flipping him over like a rag doll. 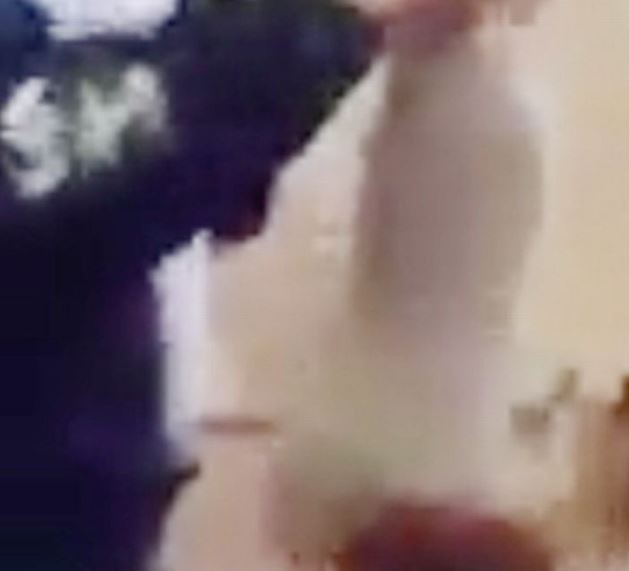 A man who was captured in a video dangling a newborn baby upside down by the ankles has been arrested by the police.

The disturbing three-minute video was shared on social media on Good Friday, April 15, causing outrage across Twitter and Facebook.

In the video, the man can be seen repeatedly dangling the three-week-old boy upside down by the ankles before flipping him over like a rag doll.

At one point, he picks the child up by his clothes and swings the infant in circles with his head unsupported.

He then puts the baby back down and the woman is heard saying "oh he’s adorable look at his legs".

The man then picks the baby again and dangles him in the air upside down.

A woman says nervously, "dear God in heaven" then adds,  "don’t baptise the child like that whatever you do".

The man again grabs the child by the feet again and dangles him before lifting him up and down four times saying "In the name of the Father, the Son and the Holy Spirit".

The man then takes the baby again by the feet and starts swinging him as the woman laughs out loud repeatedly.

The woman then says "stop, stop, I’m going to send this to your sister" and the man puts the baby down and is heard saying "I love ya" before cuddling him.

He snuggles the baby then says, "he’s scared of me" but the woman says "Ah he’s not scared of you he loves ya".

The Irish Mirror reports the incident was filmed at a residence in the north east of Ireland. It’s understood the baby has now been taken into care.

Gardai confirmed to the Irish Sunday Mirror that the man has been arrested.

A spokesperson said: "Gardai are investigating an incident of alleged child neglect in the North East of the country.

"A man in his 30s has been arrested in relation to this incident.

"Due to the sensitive nature of this incident no further details can be disclosed at this time."