Simon Ekpa Reacts After IPOB Filed Terrorism Charges Against Him


Simon Ekpa took to his Twitter page to react to the action brought against him by IPOB. 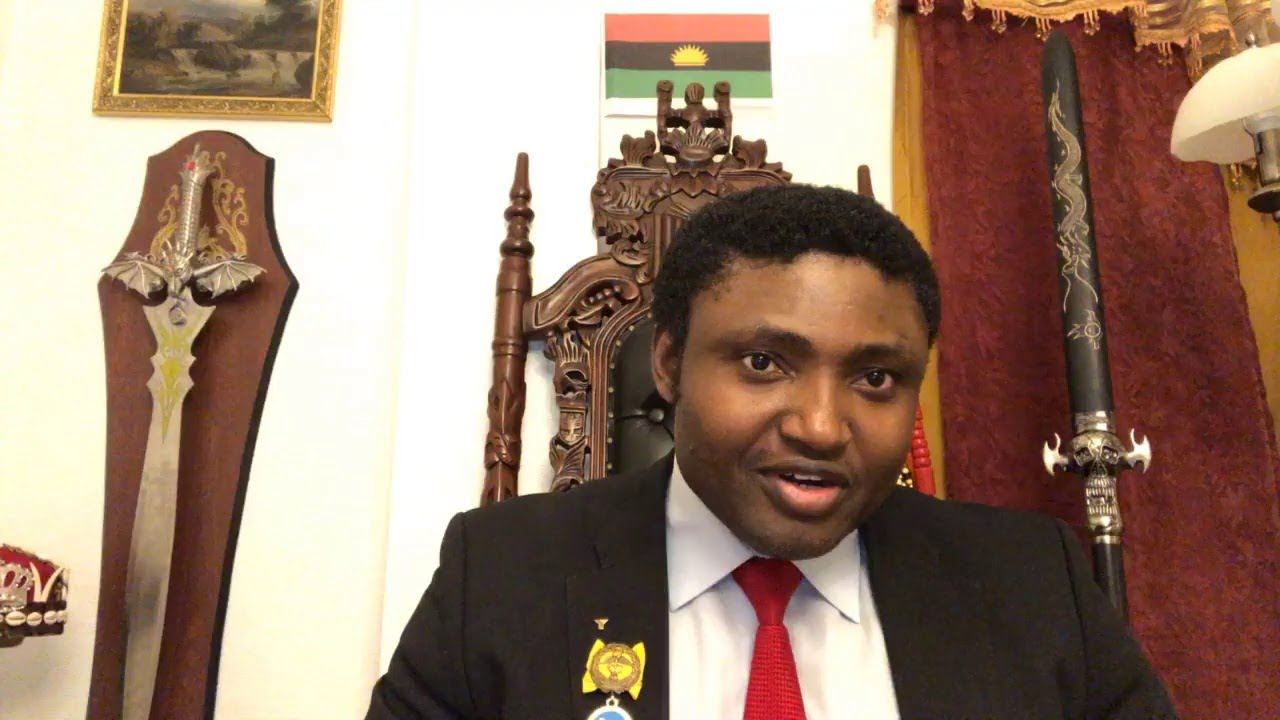 Simon Ekpa, a self-acclaimed disciple of Nnamdi Kanu has broken his silence after terror and criminal charges were filed against him by an Indigenous People of Biafra group in Finland.
In a Twitter post, Ekpa urged people to disregard the action brought against him.
He wrote:
Disregard faceless and criminal igbo group that have no address in Germany and could not afford to hire lawyer in Finland posting their propaganda on social media. Hire a lawyer in Finland and sue Simon Ekpa for agitating for Biafra freedom and stop coming to social media court.
The faceless poor igbo group looking for Fulani money could not file any documents to the ICC against Nig for genocidal crime against Ndigbo being committed by Nig state everyday, they could not inform Germany of the ethnic cleansing of Ndigbo, disregard the poor group. I am here
We had reported why the Indigenous People of Biafra has filed terror charges against Simon Ekpa.
The group alleged that Ekpa is sponsoring terrorism in the South East. 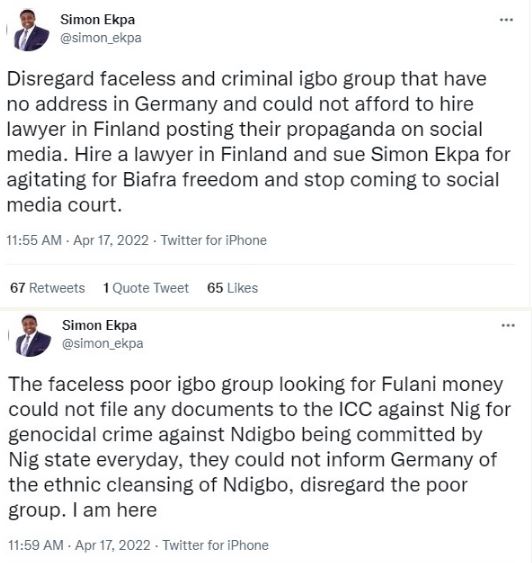