According to the user, he met other tourists at the resort where he participated in a truth or dare game which he regretted ever joining. 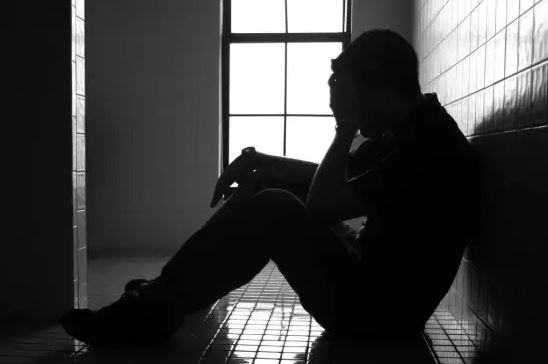 A man took to social media to narrate his unpleasant experience during a vacation at a resort in Ilashe where he engaged in a truth or dare game with complete strangers.

Twitter user identified simply as @Nigeriangod narrated how he booked a vacation spot to clear his mind from a general life crisis only to walk into a traumatic circumstance.

According to the user, he met other tourists at the resort where he participated in a truth or dare game which he regretted ever joining.

“Last year I went to ilashe resort to spend time with myself cos i was going through a lot, while alone there I meet some fun seekers too that came to holiday like me.

Omo I did not think twice before drinking the salivas of over 20 people at the beach house and washed it down with some scotch. Crazy scenery back then.” 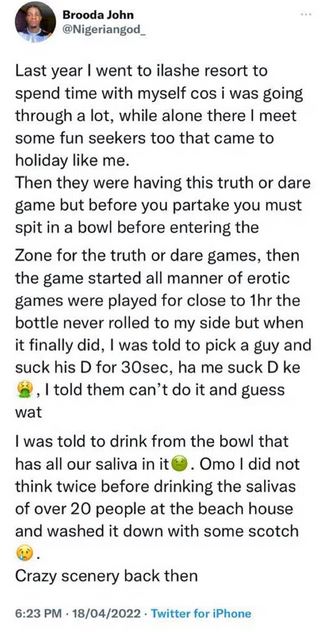