Annie made this known after a critic told her to divorce her husband following scenes from their Netflix reality show Young Famous and African. 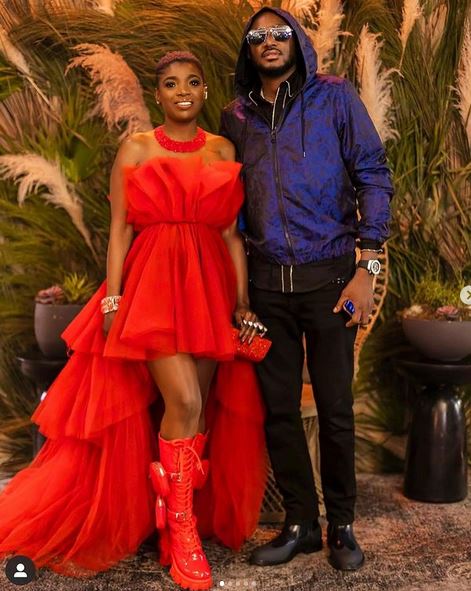 Nollywood actress and reality star, Annie Idibia has clarified that she was not in a relationship with husband, Tuface when he had his four other kids with his baby mamas.

Annie made this known in a now-deleted Instagram post on Tuesday after a critic told her to divorce her husband following scenes from their Netflix reality show Young Famous and African.

“I think you need to divorce this man and start healing. He did you dirty and you will never heal while you are with him because the products of his mistakes (kids) are always there to remind you everyday that he slept with other people. It’s not even 1 child, he did you dirty 4 times,” the critic wrote.

Reacting, Annie said the producers of the show changed the narrative to get more views and she was not in a relationship with 2baba when he had his four children.

“4 times…. Wasn’t even dating him all 4 times!!! Yes….met him first! But we broke up even B4 his first kid!! Those.kids were made 7 years before he even proposed! But d show didn’t edit it that way for people to understand…they made it seem.like all 4 kids were made in the marriage which was wrong!! Then again… everyone must free to have their opinions! I live my truth! No film tricks ever with me!”.

She added, “This are the issues… Will address this soonest! Till then….have a great week…holiday fon finish oooo! Make una mind the bizness wey go put money for una pocket n food for una table ooo”.