The deceased was said to be living with her husband along the Vom road in Jos South local government area of Plateau State when the incident happened. 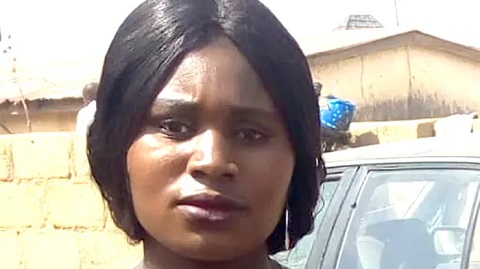 Mercy Samuel
A man has killed his wife, a 23-year-old mother of two identified as Mercy Samuel.
The suspect, Samuel Mathew hacked the woman to death, in Jos, Plateau State over a disagreement.
The deceased was said to be living with her husband along the Vom road in Jos South local government area of Plateau State when the incident happened.
It was gathered that Mercy allegedly had her abdomen ripped open and her intestine cut by her husband, who is now on the run, during a disagreement on Sunday night.
She was rushed to the Bingham University Teaching Hospital, Jos where she was fighting for her life but later died on Wednesday.
The State Project Officer, Women’s Right Advancement and Protection Alternative, WRAPA, Jummai Madaki, who was trying to get support for the late Mercy before her demise asked all people of goodwill to rise and ensure justice for the deceased.
Madaki explained, “There had been some violence against her in the past as confirmed by her family but the husband’s family denied any violence. The man ripped open her tummy, remove her intestine and cut it before he disappeared with her phone so she could not call for help.
“They live in a small apartment so I wonder why no one heard her scream, we were told help did not come until the early hours of Monday when she was rushed to the hospital and placed on oxygen. An informant called my attention to the incident and we raise an alarm. Surprisingly, the matter was not reported to the police. We were told by her parents that even as recent as last year, she was home due to some issues but the husband’s people came to beg and she went back.”
The Commissioner for Women Affairs and Social Development, Rebecca Sambo, who also visited the deceased family house in Gyel, Jos South, expressed sadness over the incident and assured the family that the matter would not be swept under the carpet, stating, “The police have been informed and action has commenced ensuring the young girl gets justice.”
She advised women to speak out once they sense any danger in their marriages and not give themselves over to be killed by violent husbands and directed women to approach the Gender Desks in Police Stations and report gender-based violence to the Desk Officers.
Top Stories