Sadiya Idris, 25, and her daughter, Khadija, were found dead at their residence in Labana street, Sani Abacha Bye pass, Birnin Kebbi on April 11. 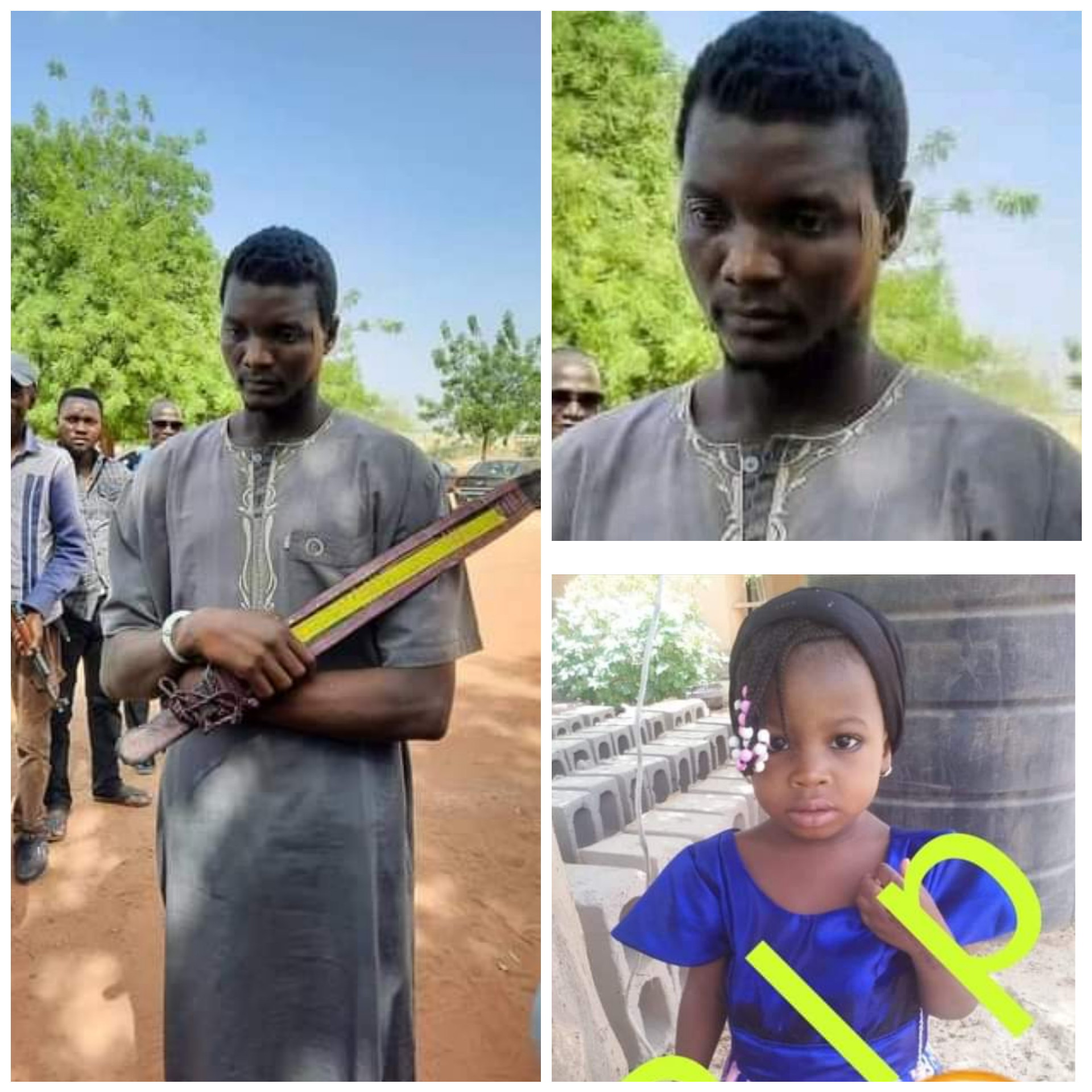 The Police in Kebbi State has arrested a man for allegedly killing his neighbour and her 4-year-old daughter.
The suspect, a victim of the citizen of Niger Republi was alleged to have executed the dastardly act.
Sadiya Idris, 25, and her daughter, Khadija, were found dead at their residence in Labana street, Sani Abacha Bye pass, Birnin Kebbi on April 11.
Spokesperson of the police in the state, SP Nafiu Abubakar while parading the suspect at the Command’s headquarters in Birnin Kebbi on Wednesday April 20, explained that the suspect had confessed to the crime.
"On the 11/04/2022 at about 0200hrs, One Idris Suleiman ‘m’ aged 25yrs of Maradi town, Niger Republic, trespassed into the residence of one Akilu Aliyu ‘m’ of Labana street, Sani Abacha Bye pass, Birnin Kebbi, used a cutlass and killed his wife, one Sadiya Idris ‘f’ aged 25yrs and her daughter, named Khadija Akilu ‘f’ aged 4yrs," he stated.
"On receipt of the report, a team of Detectives attached to the Homicide Section, SCID were detailed to investigate and they succeeded in arresting the suspect. In the course of investigation, the suspect confessed to have killed the deceased for calling him an animal and a useless watch man during an argument between them.
"He also stated that, he killed her 4yrs old daughter in order to cover-up his evil act because she had identified him for being their neighbour. Case under investigation and the suspect will be charged to court after the completion of the investigation." he added.
Top Stories