According to the narcotics control wing of state police, most of the Nigerian nationals arrested for supplying drugs to Himachal were operating from Delhi. 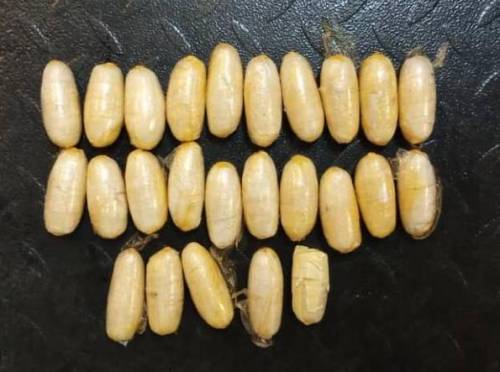 According to the Indian state police data, about half of the total foreign nationals arrested for involvement in illegal drug smuggling in Himachal Pradesh between 2017 and 2021 are from the African nation, Nigeria.

Hindustan Times reports that police data shows that from 2017 to 2021, a total of 72 foreign nationals have been arrested for their involvement in the narcotics trade in the hill state. Of these, 36 were Nigerian nationals, followed by 15 from other African countries, 14 Europeans, four Americans, two from the Middle East and one from an Asian country.

“We are concerned about the involvement of foreigners in the illicit drug trade in Himachal. Of the 72 foreigners arrested between 2017 and 2021, seven have jumped bail,” said Sanjay Kundu, director-general of police (DGP). “We are taking steps to expedite their trials.”

According to the narcotics control wing of state police, most of the Nigerian nationals arrested for supplying drugs to Himachal were operating from Delhi.

Nigerian nationals from India’s capital are actively involved in the smuggling of chitta (adulterated heroin) into Himachal, resulting in a multifold increase in the trade, police said. The majority of the peddlers from Himachal are in the age group of 16 to 26 years, police data suggests.

“There are three types of networks active in Himachal. One is being run by Punjab-based smugglers, another by Africans and the third one is being operated from Uttar Pradesh,” said Gaurav Singh, superintendent of police, narcotic control wing. “Our main focus is to nab the smugglers, along with local conduits.”

Data also highlighted that in the last five years, the state police have arrested 8,122 Indian nationals and 80 foreigners under the Narcotic Drugs and Psychotropic Substances (NDPS) Act, 1985.

Chitta has made inroads even in the rural pockets of areas that attract a higher footfall of tourists, especially in Shimla, Kangra, Una, Sirmaur and Solan. The problem is more acute in the areas bordering Punjab, a senior officer said.

“Chitta smugglers have spread their tentacles in the rural regions. The government needs to play a more proactive role in the coming days as the problem is compounding,” said Narendra Chauhan, president of Anti-Drug Force, a Rohru-based NGO working to motivate women and youth to fight against the drug menace.

“Not only men, but young women too are into drug abuse. The number of visitors at our outdoor patient department (OPD) is increasing by the day. We are even arranging special OPDs only for the addicts,” said Dinesh Dutt Sharma, head of the psychiatry department at the Indira Gandhi Medical College and Hospital.

Dr Sanjay Pathak, CEO, state mental health authority, said, “Multiple drug usage among addicts is on the rise. About 40% of calls received on the drug prevention helpline are related to such cases.”

To curb the menace, the state police have launched ‘Drug Free Himachal’ app that educates users about the harmful effects of narcotics. It has been downloaded by 40,000 people so far. The police are also running an SMS campaign.

“We are constantly reviewing depositions by cops as witnesses in courts to ensure speedy trials in the NDPS cases. Attempts have been made for stricter norms pertaining to bail and confirming identities of sureties,” said the DGP.

The police have also introduced ‘Register 29’ in all police stations of the state to keep tabs on the drug smugglers and their conduits. “We have carried out financial investigations in 22 cases and properties worth ₹12 crore have been attached as well,” an officer said, requesting anonymity.