Daniel Regha went all out on the singer, telling him his music is tasteless and that his lifestyle is utterly displeasing. 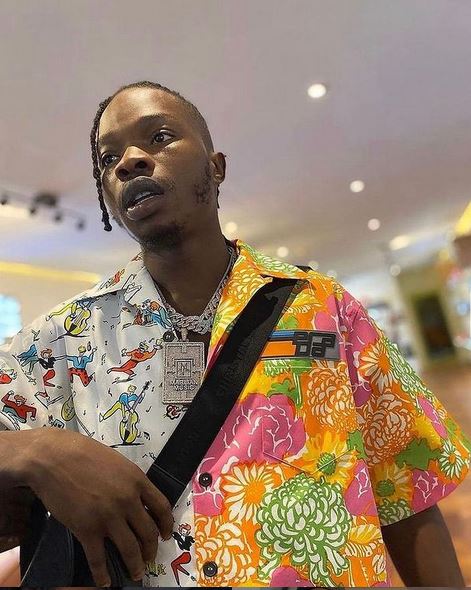 A popular Nigerian Twitter user, Daniel Regha took to the microblogging platform to lambast singer, Naira Marley after he asked fans if they would vote for him if he decides to get the APC presidential form.

The singer who showed interest in running for the presidential seat asked fans if they would hand him their votes when he buys the form which costs N100 million.

“If I get the presidential form, shey una go vote me?”

Various fans took to the comment section to give their opinions on whether or not they’d cast their vote for him.

One of those was a certain Daniel Regha who went all out on the singer casting aspersions on Naira Marley.

“Naira Marley u are not a good role model. Ur music is tasteless, ur lifestyle is utterly d!spleasing & u have zero leadership qualities. With ur star power there’s a lot u can do to make the world a better place but u chose not to, hope u turn over a new leaf soon. No offense.” 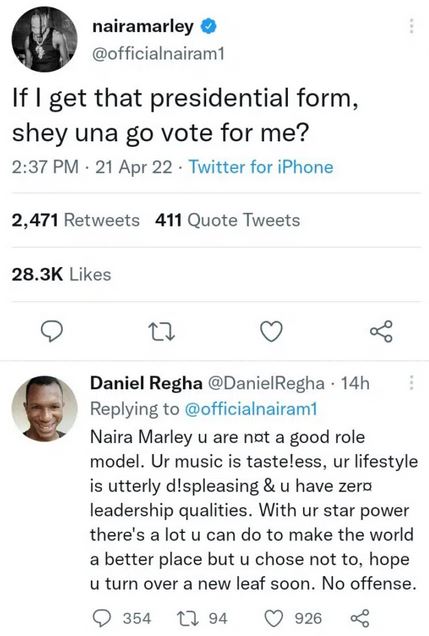