APC Delegates Get N250,000 Each During Meeting With Vice President, Osinbajo (Photos)


Osinbajo had on Friday begun his second round nationwide consultation ahead of the presidential primary of the APC slated for June 1, 2022. 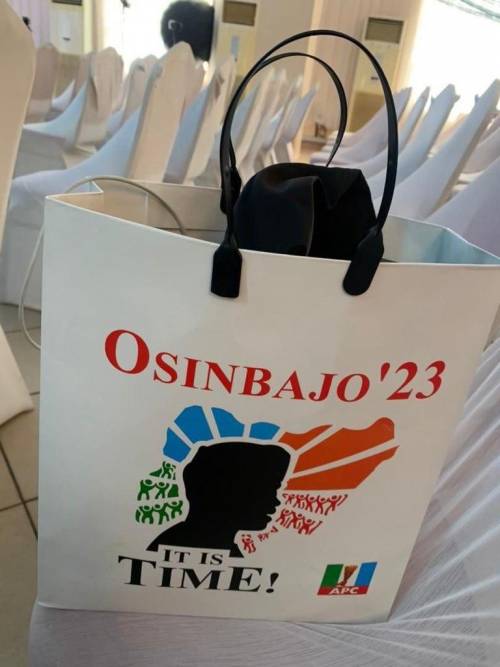 According to a report by SaharaReporters, some presidential delegates of the ruling All Progressives Congress in the Sout-West on Friday went home with N250,000 each after attending a meeting with Vice President Yemi Osinbajo in Ibadan, Oyo State.

“This was what we were giving by Osinbajo today,” a delegate said while showing the money packaged in an envelope.

Osinbajo had on Friday begun his second round nationwide consultation ahead of the presidential primary of the APC slated for June 1, 2022.

The move, according to his aide was designed to cement efforts already put in place by the Vice President in a bid to fortify his chances of clinching the party’s presidential ticket. 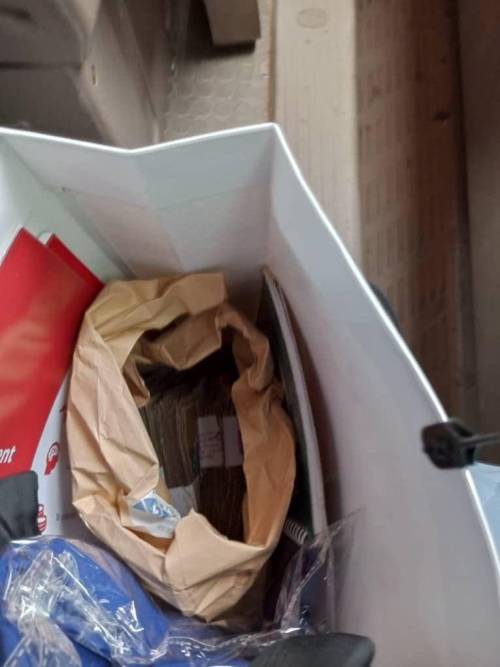 Speaking at the Ibadan event, Osinbajo had said his experience in the last seven years had prepared him to become Nigeria’s next president.

The Vice-President said he had been exposed to everything related to governance at the local and international levels which informed his intention to run for president.

According to him, it is time to reward all politicians and delegates of the party who worked for the success of the party, as he noted that “every politician deserves to be treated well and properly.”

He also added that his administration as president would create a partnership based on trust between the delegates and the political class for the reward of all.