Replying the iPhone user, Ebuka unabashedly disclosed that he’s using two android phones and mentioned the name of the brands. 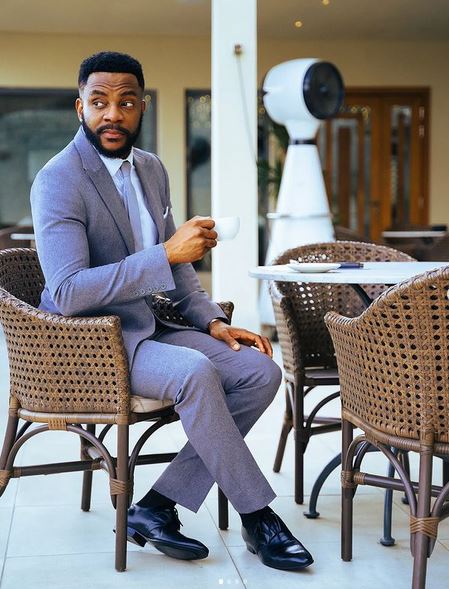 Popular Nigerian media personality and host, Ebuka Obi-Uchendu has fired back at an iPhone user who ridiculed him for using an Android phone.

A Twitter user identified as Emmanuel Udoh took to the comment section to throw a jibe at Ebuka after he noticed he uses an Android phone.

Most Nigerians expect that celebrities would be using IPhones since it’s a luxurious phone that goes with their status rather than android mobiles.

The iPhone user who had noticed that Ebuka’s post showed he’s using Twitter for Android had decided to subtly mock him:

“So you are using Android lol” 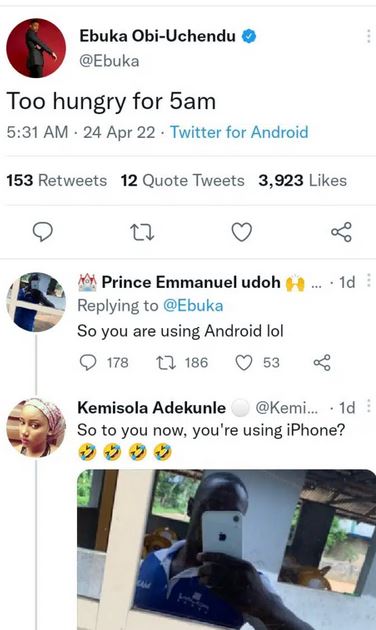 See his response below: 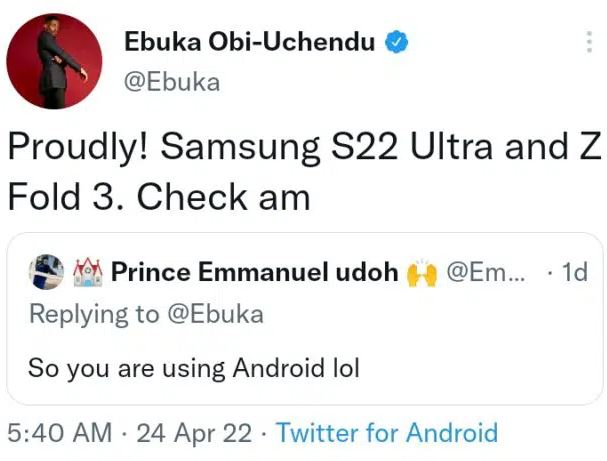