This followed reports on May 4, 2022, about an alleged plot by former Anambra governor, Peter Obi to accept to be former Vice-President Atiku Abubakar’s running mate in the next election. 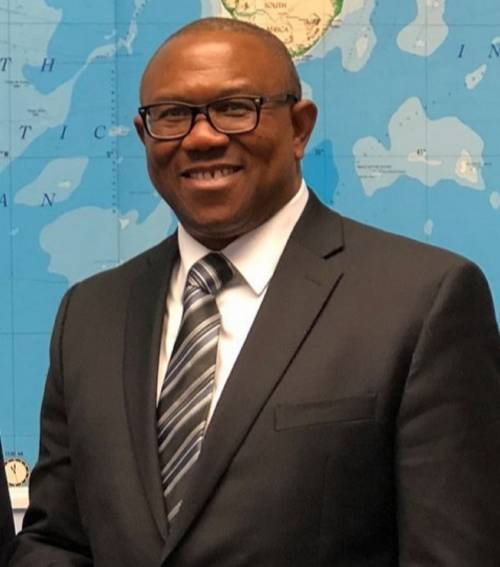 According to a report by SaharaReporters, the Ohanaeze Youth Council (OYC) has warned all Southeast presidential aspirants against accepting to be a running mate to a northerner in the forthcoming 2023 election.

This followed reports on May 4, 2022, about an alleged plot by former Anambra governor, Peter Obi to accept to be former Vice-President Atiku Abubakar’s running mate in the next election.

However, the National President of OYC, Comrade Igboayaka O. Igboayaka on Wednesday advised Obi to "stand and remain resolute in pursuit of your 2023 presidential ambition”.

He described Obi’s presidential ambition as a new political revolution that will hit Nigeria.

Expressing bitterness over the perceived awful development, Igboayaka said, "Any Attempt to deny Southeast Presidency in 2023 will cause a revolution that will disintegrate Nigeria within 6 months.

“We, therefore, challenge any Southeast presidential aspirant that considered himself a man to dare come to Southeast as a running mate to a Northerner. There's no doubt that injustice brings chaos and anarchy, any injustice against Southeast in the 2022 primary election is a call for anarchy.

"All the presidential aspirants in APC (All Progressives Congress) and PDP (Peoples Democratic Party) should collectively work for Southeast interest, we're watching the whole scenario, we're monitoring Governor Okezie Ikpeazu and Governor Ifeanyi Ugwuanyi, we are keeping our findings confidential.”

Speaking further, he described having a Nigerian president of Southeast extraction in 2023 as inevitable, saying, "Nigerians should make choice to either accommodate Southeast in Nigeria or separation becomes inevitable.”