He joins the growing list of aspirants jostling for the ticket of the All Progressive Congress which holds its primaries on May 30, 2022 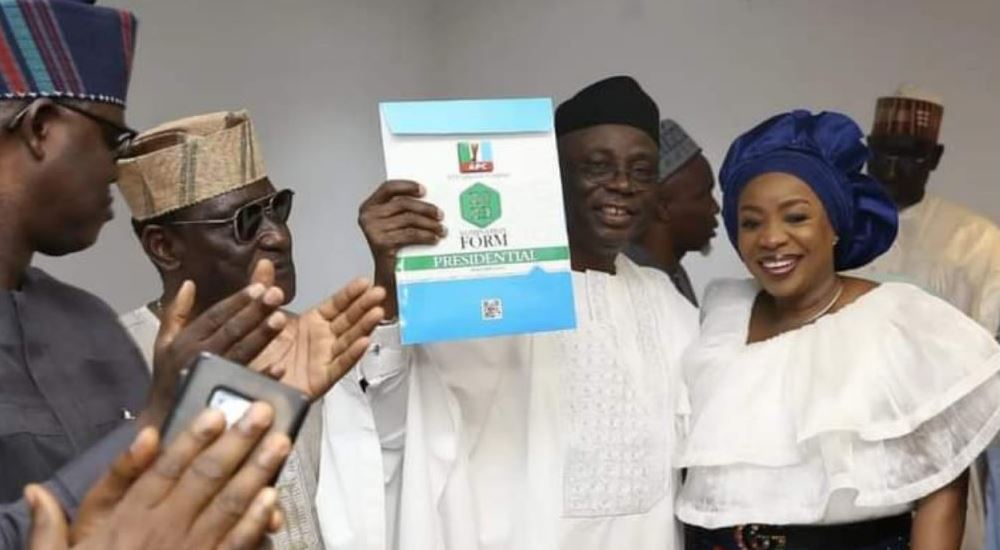 Tunde Bakare, the Senior Pastor of the Citadel Global Community Church, Nigeria, on Thursday, picked up the N100m nomination and expression of interests forms of the All Progressives Congress, APC, to contest the 2023 presidential primary in Abuja.

He joins the growing list of aspirants jostling for the ticket of the All Progressive Congress which holds its primaries on May 30, 2022.

The Ogun State indigene was President Muhammadu Buhari’s running mate in 2011 when the latter ran unsuccessfully in that year’s presidential poll.

In a letter, Bakare said he would be officially declaring his presidential bid on May 9.

The letter read, “Having been privileged to serve Nigeria in various nation building capacities, I intend to take a step further in the service of our beloved country and of you, her worthy citizens, by running for the Office of the President of the Federal Republic of Nigeria. It is with utmost humility, therefore, that I write to formally inform you distinguished citizens of our nation, elder statesmen and stateswomen, political leaders, traditional leaders, overseers of religious establishments, members of civil society, policy makers, students, public servants from the national and sub-national levels of government, stakeholders from the private sector, the intelligentsia, opinion moulders, thought leaders from various institutions of knowledge, and every Nigerian, home and abroad – of my intention to contest.”

Listing how he has been actively involved in the political space, Bakare mentioned his role in founding the APC, and also as the convener of Save Nigeria Group (SNG) among others.

“As I offer myself to serve you and to work with you towards the peace, progress and prosperity of Nigeria, as well as the realisation of the enormous possibilities of a great nation in this decade, it would be a great privilege to welcome you as my special guest on the occasion of the formal declaration of intent,” he added.