It was gathered that the intruder attacked one of the chiefs who tried to prevent him from going inside the sitting room and knocked off the chief’s teeth during the attack. 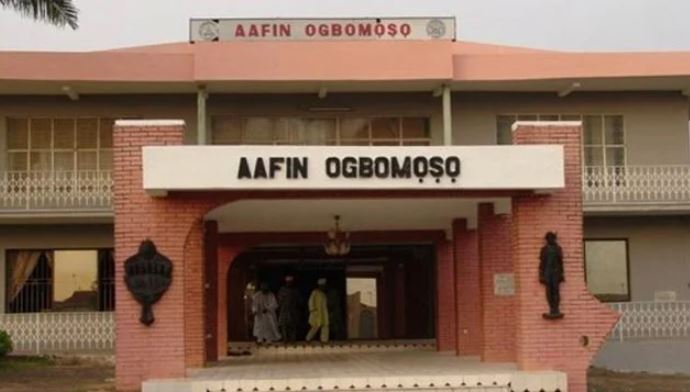 Bukola Adediji, a 30-year-old man, popularly known as Ajanlekoko, on Thursday, broke into the Palace of Soun of Ogbomoso and destroyed some property.

The man was said to be a drug addict and suspected to be mentally unstable.

It was gathered that the intruder attacked one of the chiefs who tried to prevent him from going inside the sitting room and knocked off the chief’s teeth during the attack.

The Soun stool is vacant at present following the death of Oba Oladunni Oyewumi on December 12, 2021. A new monarch is yet to ascend the throne.

Adediji, whom our correspondent gathered lived in the northern part of the country, was brought to Ogbomoso to be rehabilitated.

He was said to have destroyed some doors in the palace before some men were able to overpower and bundled him out.

Sources told our correspondent that Ajanlekoko had made a similar attempt to break into the palace before the Thursday incident but he was prevented.

The Palace Secretary, Mr Toyin Ajamu, confirmed the intrusion to our correspondent on the telephone.

He said, “No crown was stolen contrary to claims in some quarters. He broke into the palace and injured Chief Aremole who wanted to drive him away.

“He knocked off two teeth from the chief but he was eventually overpowered and was handled to his family.

“He is not mentally stable as a result of hard drugs. I heard he takes Colorado and other hard drugs but our concern is why coming to the palace.

“He was handled over to his relatives and we have reported the incident to the police.”

Asked if Ajanlekoko is from a royal family, Ajamu said he is not a prince.

He said, “He is not from any of the royal families. He had made such attempt once and was overpowered and when they took him to Bowen Teaching Hospital because he was injured, they discovered that he is a patient there ( psychiatric department).”

In a statement earlier sent, the palace secretary urged residents to ignore the rumour on social media that the man stole crowns in the palace.

The statement read, “Our attention has just been drawn to news circulating on the social media about a man who is suspected to behave under the influence of Hard Drugs by destroying properties that worth million of naira at Ogbomoso Palace.

“The message is sent to debunk the rumors on the Media that the man came to steal crowns at the palace.

“To put the record straight, there was no crown at the palace as the seat of Soun of Ogbomosoland is presently vacant with no crown and nothing whatsoever is being stolen except that he destroyed main Entrance Aluminum Sliding doors and Exit door leading to Soun Administrative office from the Palace.

“He also injured one of the Palace Chief: Aremole of Ogbomosoland.

“Members of the public are hereby advised to ignore the rumors peddling around that he was at the palace to steal crowns or any property and those circulating such news should desist from doing so.”