According to a member of the community, some stolen items including ATM cards were recovered from the suspect. 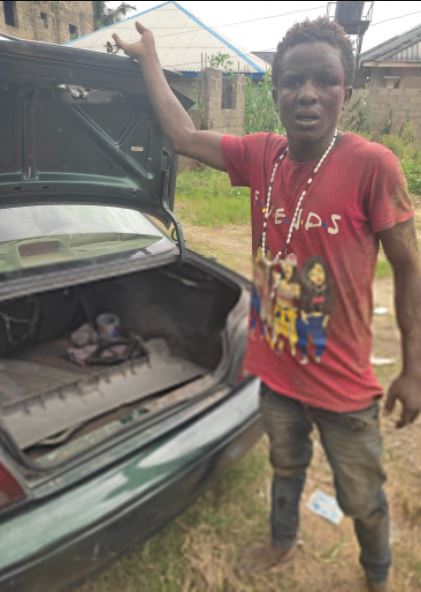 A suspected robber was apprehended on Tuesday, May 10, while allegedly attempting to steal car parts in Okutukutu community in Yenagoa, the Bayelsa state capital.

According to a member of the community, Kester Wilcox, some stolen items including ATM cards were recovered from the suspect.

"Today, luck ran out of this thief, he tried stealing car part,he managed to open the car boot with a key and was caught at the process. Also we found some stolen items on him.4 ATM cards,which he tried to withdraw money from the account but was declined as you can see in the photo. Okutukutu community is a safe zone." he wrote. 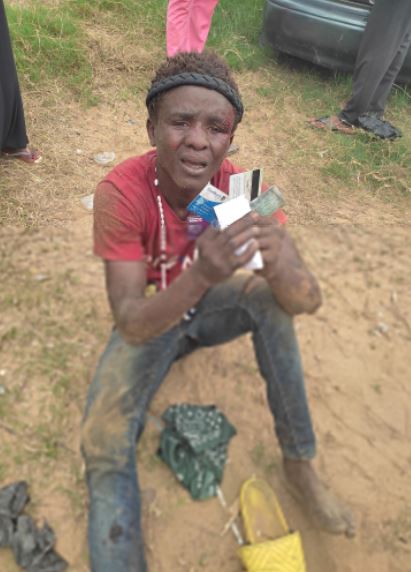 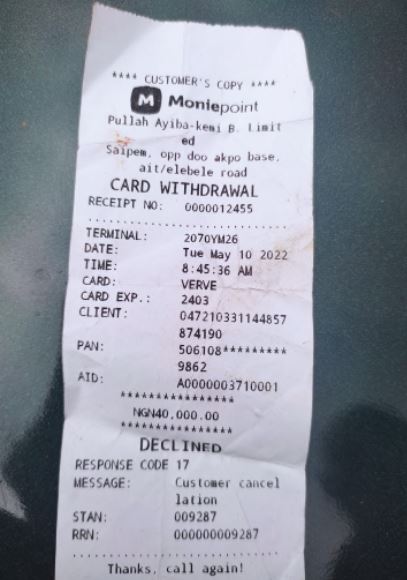 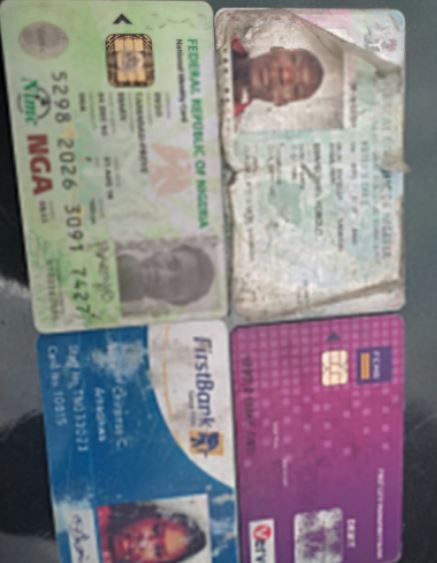 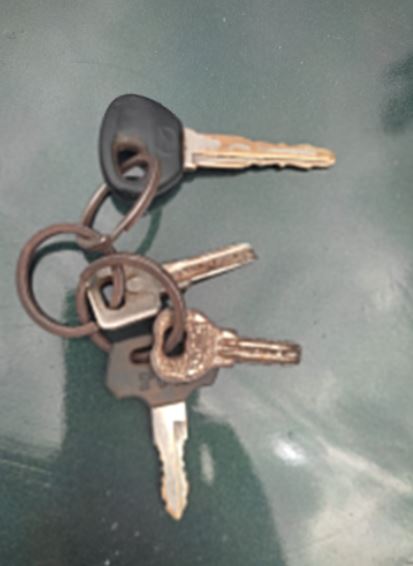 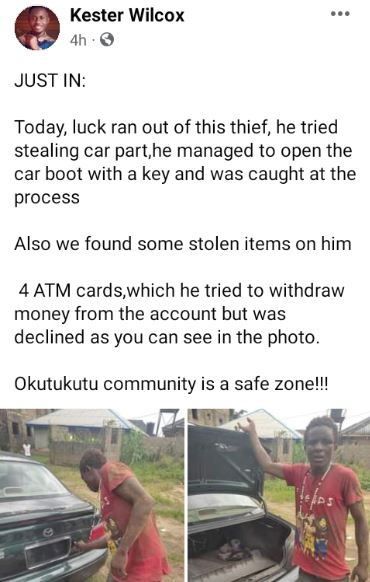