Gautam Adani owns 75% stakes in Adani Enterprises, Adani Power, and Adani Transmissions which is the largest port operator in India. 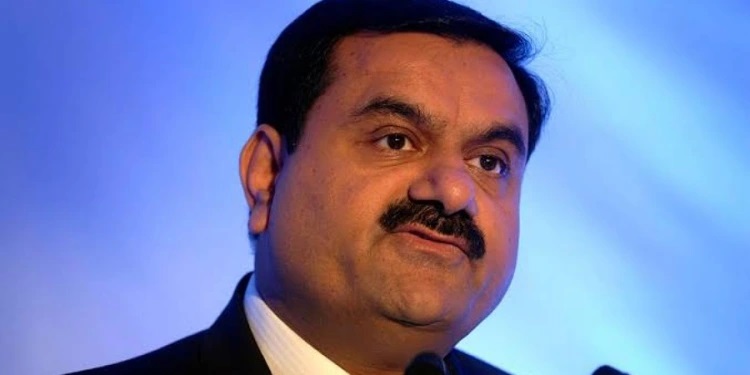 A school drop has become the richest man in India and across Asia, according to Bloomberg.
Gautam Adani is also the fifth on the world billionaire list with a net worth of N108 billion as of the 11th of May 2022, coming after Warren Buffett and before Larry Page.
He owns 75% stakes in Adani Enterprises, Adani Power, and Adani Transmissions which is the largest port operator in India. He also owns about 37% of Adani Total Gas, 65% of Adani Ports and Special Economic Zone, and 61% of Adani Green Energy all located in India.
Gautam was born in June 1962 in the western Indian state of Gujarat to Shantilal and Shanti Adani in Ahmedabad. His father was a small textile merchant who migrated from the town of Tharad in the northern part of Gujarat. Gautam enrolled for a bachelor’s degree in Commerce at Gujarat University but dropped out after his second year.
Gautam’s love for business took him to Mumbai in 1978, where he helped the Mahendra Brothers sort diamonds. His business side of him further came to live when his elder brother Mahasukhbhai Adani bought a plastics unit in Ahmedabad and invited him to manage the operations and he quickly took advantage of this to set a footprint for global trading of polyvinyl chloride importation.
In 1985, he started importing primary polymers for small-scale industries. In 1988, he set up Adani Enterprises, the group’s flagship company, to import and export commodities which originally dealt in agricultural and power commodities.
The governor of Gujarat announced managerial outsourcing of the Mundra Port in 1994, and Adani got the contract in 1995, after which he set up the first jetty, which was originally run by Mundra Port & Special Economic Zone but was later transferred to Adani Ports and SEZ (APSEZ).
Adani decided to turn it into a commercial port, building rail and road links to it by individually negotiating with over 500 landowners across India to create the largest port in India.
Today, the company is the largest private multi-port operator in India, with the capacity to handle close to 210 million tons of cargo per annum.
Since then, the group has continued to achieve record-breaking milestones in India as well as around the globe.
In 1996, Adani Power was founded and represented the largest private thermal power producer in the country with 4620MW. However, the group entered the power generation business in 2006 while also expanding through the acquisition of Abbot Point port in Australia from 2009 to 2012.
Top Stories