A video has shown the moment a young lady recruited by an alleged scammer tried to cajole victim with fake accent. 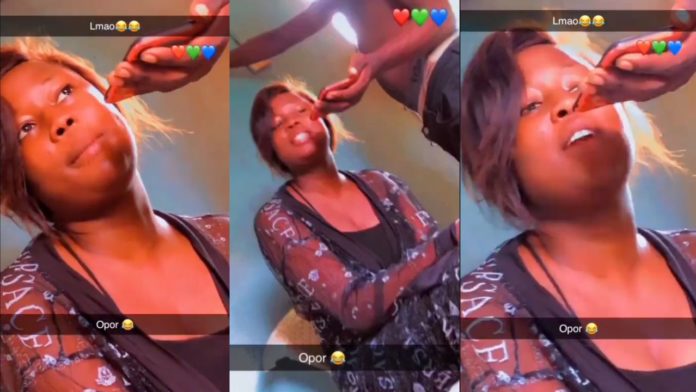 A suspected internet fraudster has recruited his girlfriend to help him allegedly scam victims.
A video of the girlfriend using fake accent to try to deceive a victim has surfaced online.
From the look of things, his girlfriend has a foreign accent and so when she's speaking to a client, she sounds like one of them and that appears to be the magic helping the fraud guy to dupe his clients.
It was alleged that the boyfriend will pose as a lady when chatting with his clients but when it comes to video or phone calls, she calls for the help of his girlfriend.
Watch video below: