Future, who has multiple kids from 8 women, praised Tems' talent on Twitter. 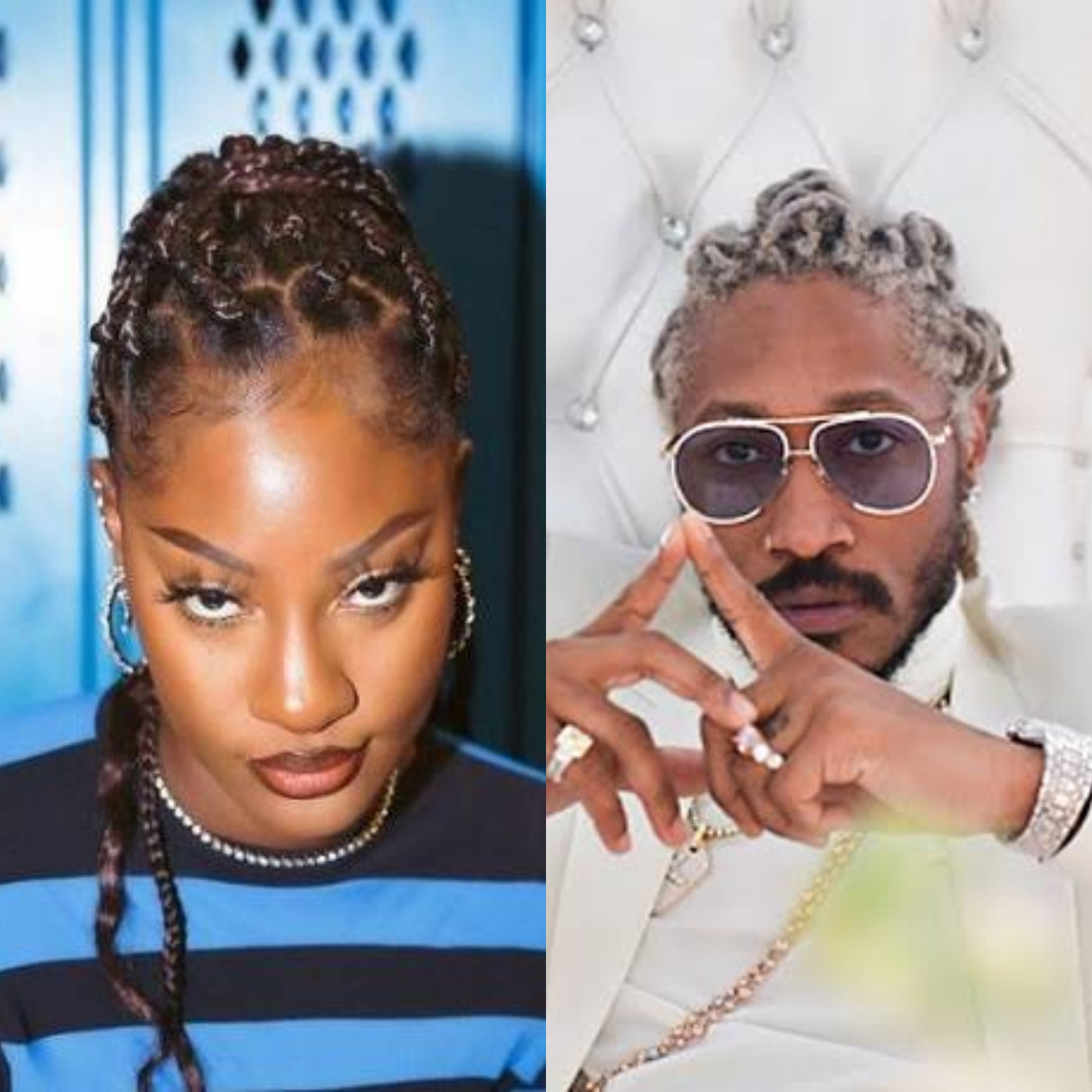 Nigerians have issued a serious warning to American rapper Future over his new found admiration for singer, Tems.
Twitter users warned him not to take his admiration any further after he took to Twitter to hail her.
This is because, Future has multiple kids from 8 women.
He said her voice is "amazing" and it instantly connected to his soul.
Nigerians responded, telling him to make sure it ends just as admiration and that he shouldn't take it any further.
See some comments below: 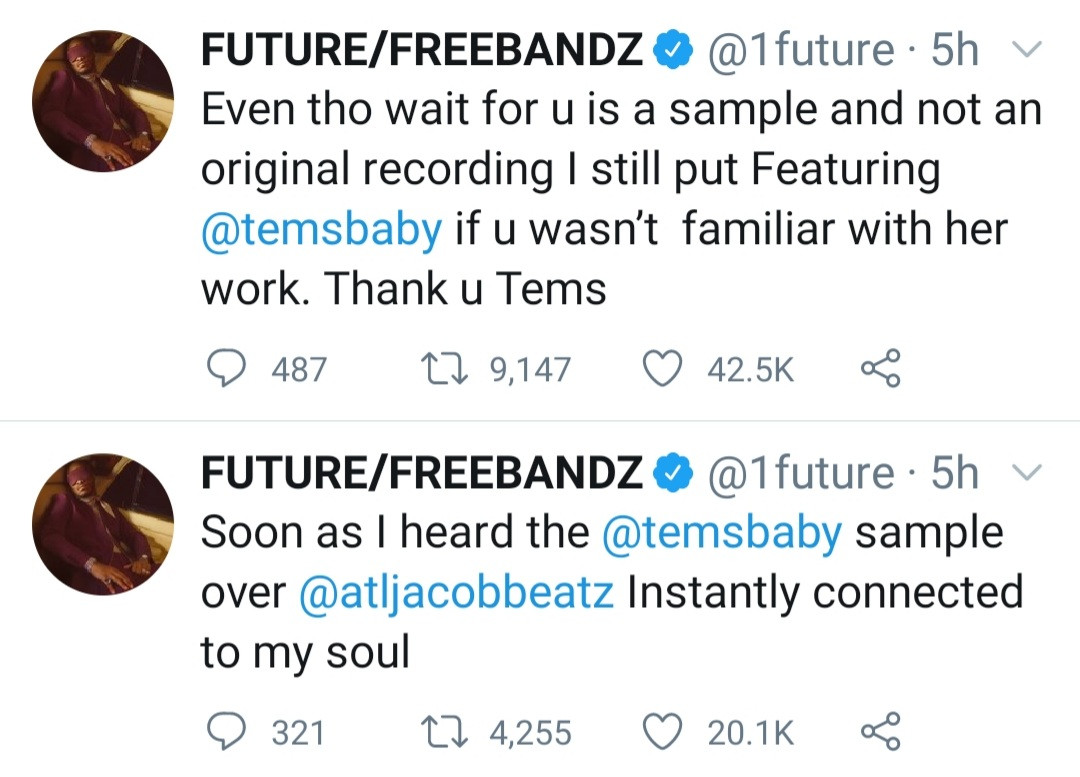 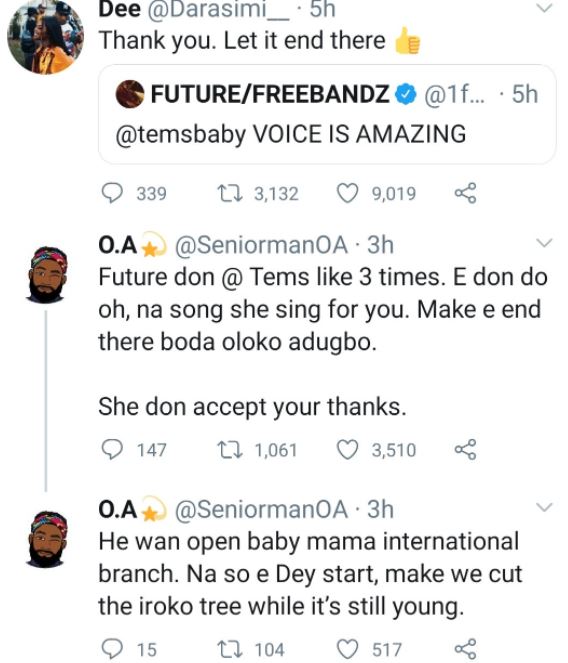 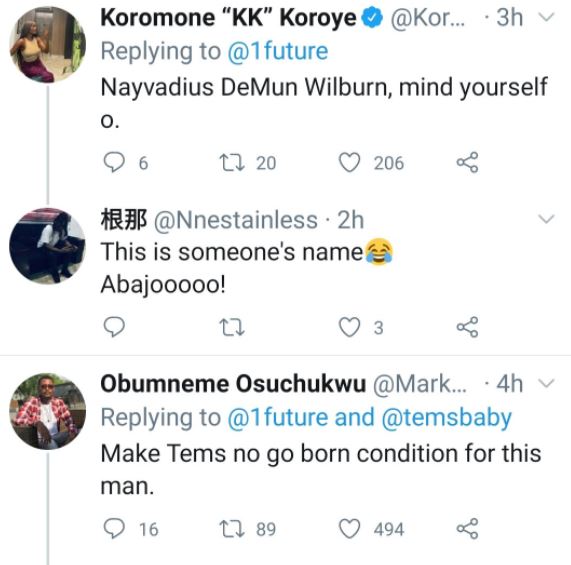 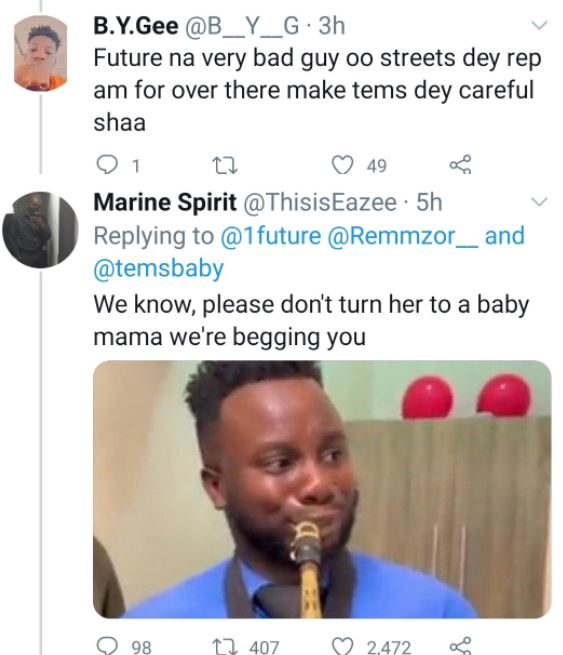