Kpokpogri had on Saturday alleged that his building worth over N700m was unlawfully demolished by the Federal Capital Development Authority. 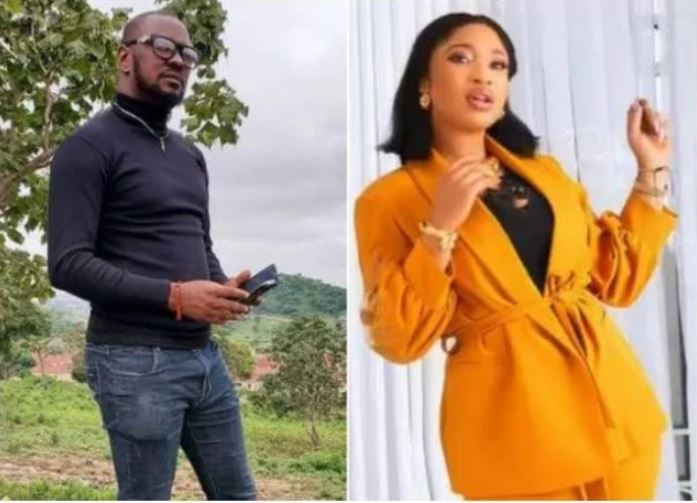 Tonto Dikeh, the popular Nollywood actress, has reacted to the demolition of an Abuja property belonging to her ex-lover, Joseph Egbri, popularly known as Kpokpogri.

Kpokpogri had on Saturday alleged that his building worth over N700m was unlawfully demolished by the Federal Capital Development Authority.

Dikeh on her Instagram story noted that she won’t stop laughing at Kpokpogri’s situation, adding that she’ll never sympathise with him.

She stated that the demolition was Kpokpogri’s cross and he should carry it.

The actress claimed that her ex-lover almost killed her financially, emotionally, and otherwise.

She wrote, “Anyone waiting for me to stop laughing is a complete joker. I can’t and will never sympathise with this man. It’s his cross. He should carry it.

“This man almost killed me financially, emotionally and otherwise. If I had committed suicide after he threatened to expose our explicit tape or even when he released the crying audio, it wld have been two weeks of goodbyes and the world moves on.

“People need to understand that karma exist and I hope its not the last until he does the right thing!! #justiceforeveryone.”

The couple had a messy breakup last year following the release of different voice recordings concerning the relationship.