The moves were foiled by operatives of the National Drug Law Enforcement Agency, who also seized 203, 879 tablets of various pharmaceutical opioids and illicit substances in raids across Abia, Kaduna, Yobe and Kogi state. 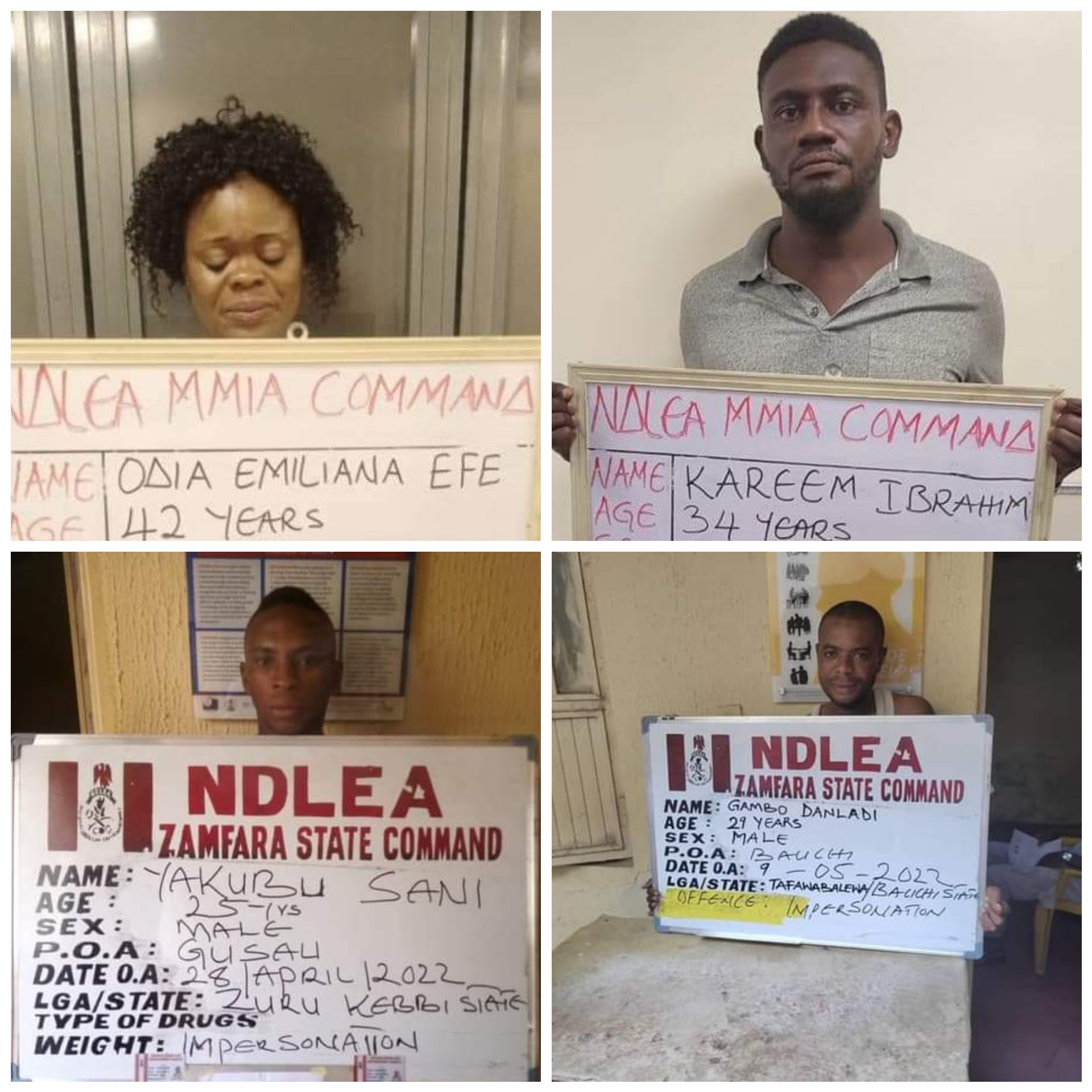 It has been revealed that some fresh bids by drug cartels to export Tramadol, Ecstasy MDMA and Cannabis to Milan, Italy and Dubai, United Arab Emirates through the Murtala Muhammed International Airport, MMIA, Ikeja Lagos have been foiled.

The moves were foiled by operatives of the National Drug Law Enforcement Agency, who also seized 203, 879 tablets of various pharmaceutical opioids and illicit substances in raids across Abia, Kaduna, Yobe and Kogi state.

Director, Media & Advocacy of the agency, Femi Babafemi, in a statement on Sunday May 15, said a female passenger, Odia Emiliana Efe was arrested at the Lagos airport, on Monday May 9, while trying to board Royal Air Moroc flight from Lagos via Casablanca to Milan, Italy with 1000 tablets of Tramadol 200mg concealed in food items.

Five days after, Friday 13th May, a freight agent Kareem Ibrahim was arrested at the SAHCO cargo shed of the airport for attempting to export food items in which were hidden blocks of cannabis weighing 6.65kg and 24grams of ecstasy drug, MDMA to Dubai in UAE. 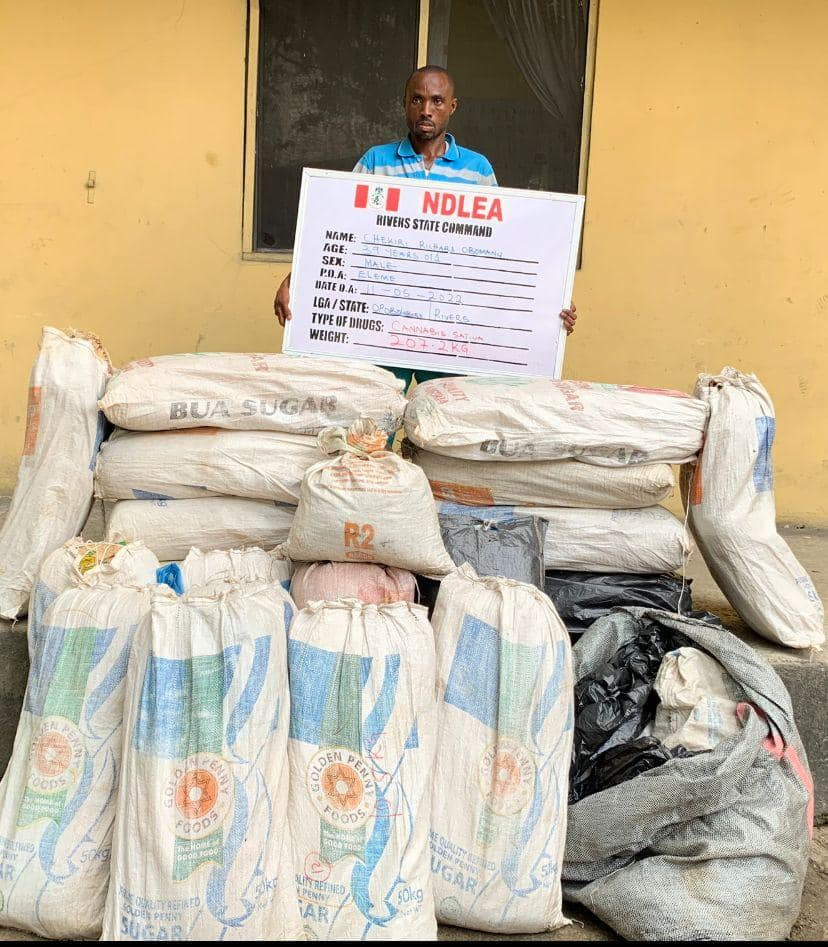 In Abia, three trucks loaded with drugs coming from Lagos and Onitsha, Anambra were intercepted in Aba, Abia state. When properly searched in the presence of the owners on Wednesday 11th May, 67,100 tablets/capsules of Tramadol and 12,650 ampules of pentazocine, morphine and dopamine were recovered.

On the same day, NDLEA operatives in Kaduna arrested a notorious drug dealer, Shehu Kabiru a.k.a Dan-Zaira, wanted by the Kastina Command of the Agency for jumping bail. Recovered from him include: 45,000 tablets of Diazepam weighing 41.5kg; 50,000 tablets of Exol, weighing 15.6kg; 1,500 tablets of Rohypnol weighing 700 grams and 300 bottles of codeine weighing 41.5kg.

In Yobe state, no fewer than 7,029 tablets of Tramadol, D5, and Exol as well as 1.5kg cannabis were recovered from a drug dealer, Ibrahim Yakubu when his hideout was raided in Unguru town on Sunday 8th May, while in Rivers state, one Chekiri Richard Obomanu was arrested at Eleme area on Wednesday 11th May with 207.2kg cannabis. 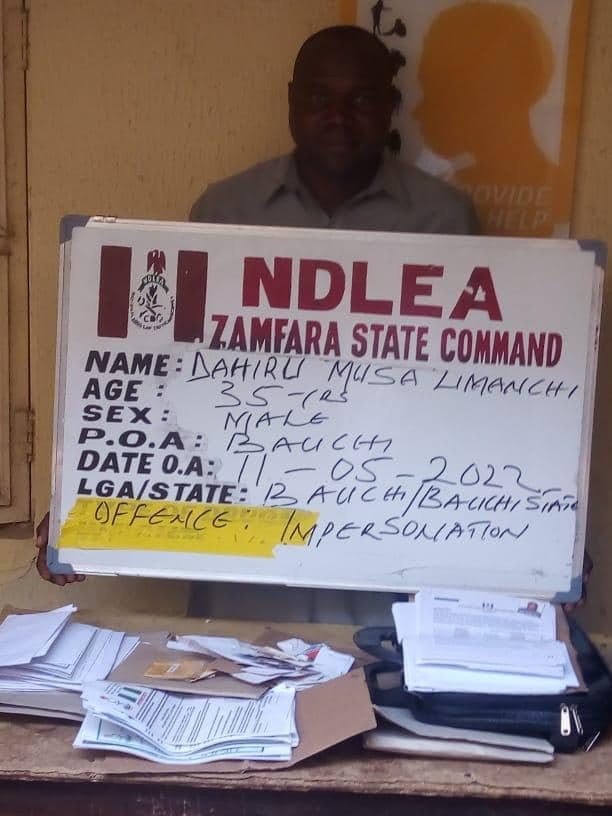 No less than 19,600 tablets of Tramadol coming from Onitsha, Anambra state to Abuja were intercepted and recovered along Okene/Abuja highway on Wednesday 11th May by NDLEA operatives in Kogi state.

Meanwhile, five members of a syndicate, which conducts fake recruitment into security agencies, have been arrested in coordinated operations in Zamfara, Kebbi and Bauchi state. Leader of the gang, Yakubu Sani was first arrested in Gusau, Zamfara state. His criminal gang issues fake NDLEA employment letters and identity cards to unsuspecting members of the public for the sum of N400, 000 per person. 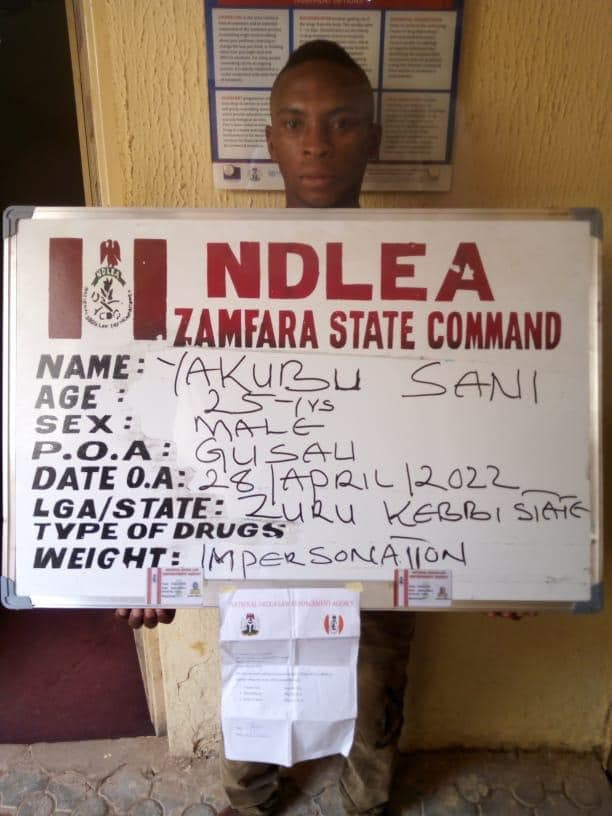 Chairman of NDLEA, Brig. Gen. Mohammed Buba Marwa, commended the officers and men of the MMIA, Abia, Kaduna, Yobe, Rivers and Kogi for the arrests and seizures.

He charged them and their compatriots across all Commands not to rest on their oars but should continue to aspire to beat previous records. 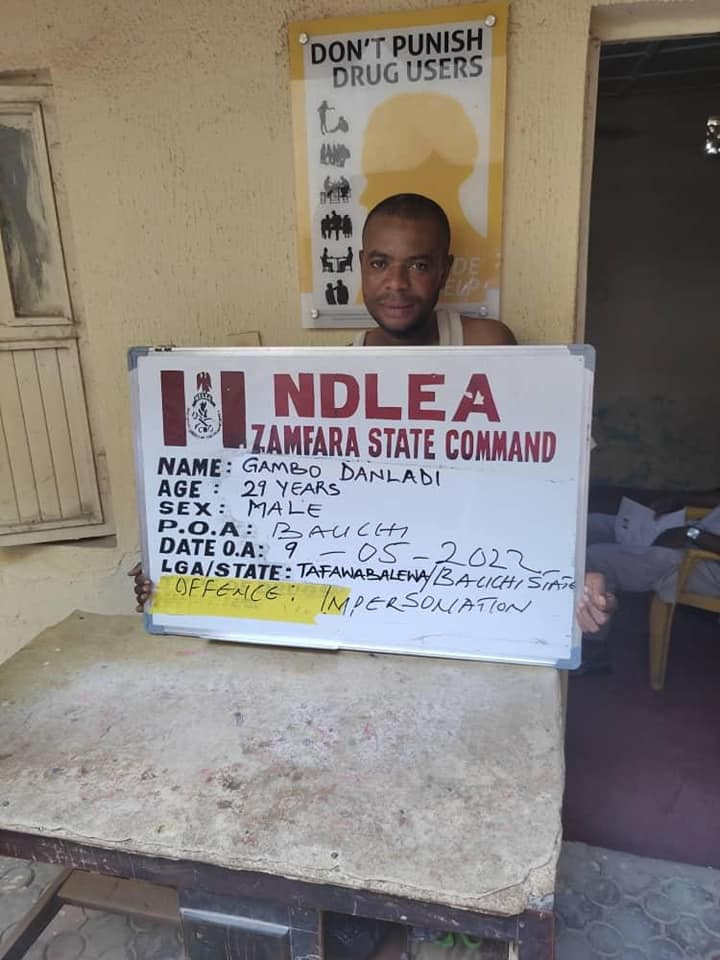