Enang announced his resignation in a statement he personally signed on Monday. 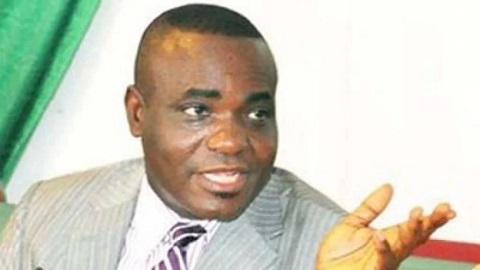 Senator Ita Enang has tendered his resignation as Senior Special Adviser on Niger Delta Affairs to President Muhammadu Buhari.
His resignation was announced in a statement he personally signed on Monday.
According to him, he is resigning his position to contest the Akwa Ibom State governorship election, Tribune reports.
In his resignation letter addressed to Buhari on Monday, Enang thanked the president for the opportunities to serve in his government.
He said he will be contesting the governorship position of Akwa Ibom State on the platform of the All Progressives Congress (APC).
“I intend to contest for the governorship of Akwa Ibom State on the platform of our party, The APC for which I now seek a nomination, having purchased and submitted the Nomination and Expression of interest form.
‘’I hereby formally tender my resignation from office, to pursue Gubernatorial Electoral Cause.
“I served in this capacity managing what turned out to be the toughest Executive – Legislative Liaison assignment in the Nation’s democratic history.”
Top Stories