It was reported that the male victim was found lying face-down in front of the state party’s secretariat after security men shot repeatedly into the air to scare the protesters. 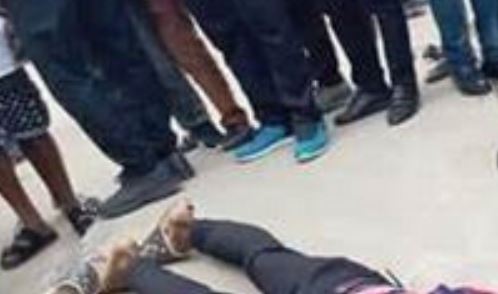 One Reportedly Killed As APC Members Protest In Rivers State

One person has been reportedly shot dead during a protest by some members of the All Progressives Congress in Rivers State on Wednesday, May 18.

TORI reported that a group of APC members loyal to a former lawmaker representing Rivers South-East Senatorial District, were said to have besieged the party’s secretariat to protest their alleged exclusion from the screening of aspirants for the State House of Assembly primary.

They alleged that the state leadership of the party had hijacked the process of nominating delegates for the party’s primaries.

Channels reported that the male victim, also a protester was found lying face-down in front of the state party’s secretariat on Woji road in the new Government Residential Area of Port Harcourt after security men shot repeatedly into the air to scare the protesters.

It is not clear if the deceased was hit by a bullet or as a result of a stampede while the crowd was scampering for safety.