The baby boy given birth to by Rihanna and boyfriend, A$AP Rocky is already a billionaire. 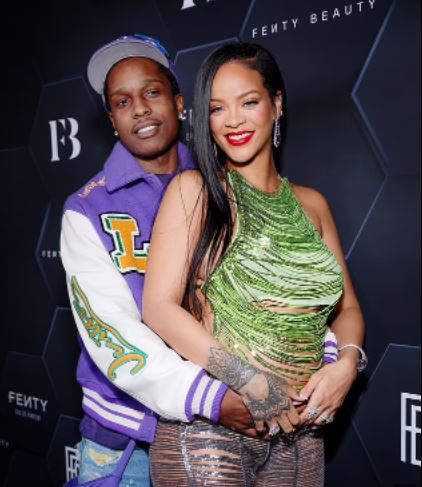 Popular musician, Rihanna's newborn baby is already a billionaire.
Recall that the musician welcomed a baby boy with boyfriend A$AP Rocky last week, but it was reported on Thursday.
Now, Dailymail has revealed that the child who is the heir to the musician's wealth is already a billionaire.
This is because Rihanna has a jaw-dropping net worth of £1.2 billion, while A$AP has a modest £7.5 million.
The year has started with a baby boom in Hollywood, with Kylie Jenner, 24, (£749m) giving birth to her second child - formerly named Wolf - with her boyfriend Travis Scott, 31, (£41.5m) three months ago. They also share Stormi, four.
More recently, her half-sister Kourney Kardashian (£52m) began her IVF journey with partner Travis Barker (£40m).
According to Buzz Bingo, Kim Kardashian (£1.3b) and now ex-husband Kanye West (£1.3b) take the second-place spot with £2.6 billion between them to be shared among North, eight, Saint, six, Chicago, four, and Psalm, three.
Beyoncé (£378m) and Jay-Z (£984m) follow closely behind at number three, with £1.3 billion between them, providing their three children - Blue Ivy, 10, and four-year-old twins Sir and Rumi - with a decent £433m each.
Data was gathered from celebrity parents and their total estimated net worth in dollars, converted to pounds and then divided evenly and ranked among the number of children to determine the estimated net worth per child.
Rihanna had her baby boy on May 13, according to a report from TMZ.
Top Stories