Veteran Nigerian actress, Jumoke George opens up on her life and career in this revealing interview. 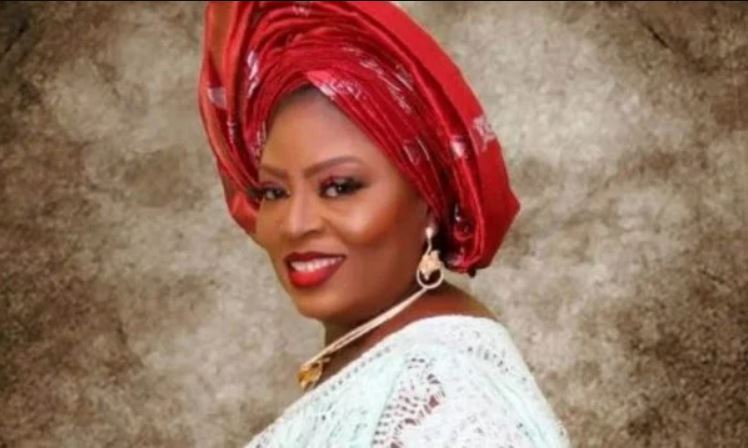 My name is Magaret Olatunde but I am popularly known as Jumoke George. I am the third child of my parents. My late father retired as a Lieutenant Colonel. My mum was a teacher but my step mum is a retired Major. I was brought up by my father and stepmother.

For my elementary education, I attended Command Children School, Yaba, Lagos. From there, I proceeded to Anglican Grammar School, Orita Mefa, Ibadan.

I also attended a technical college in Osogbo but I could not finish due to financial constraints, because I had issues with my parents, and I was disowned, abandoned and sent away from the house.

Whenever I grant interviews, I always want people, especially women, to learn from my story. Being from a polygamous home, there were some things I was exposed to, which shouldn’t have been the case. My stepmum (who was a military officer) was not the only woman my father got married to; there is another woman. I recall that my stepmum usually sent me to ‘Ile Alajo’ (seer/witchdoctor). It happened for many years but as I grew older, I got wiser. In the early days of my secondary education, I refused to be sent on such errands. I knelt before my stepmum and asked not to be sent on such errands because whenever I was sent there, I usually carried baskets. I already knew where I was been sent to, and I was aware that I would be the one to prepare whatever was given to me to take to my stepmother.  However, she (stepmum) got angry and started abusing my mum (who was divorced from my dad at that time), and I asked her not to speak ill of my mum. When my father got back from work, she twisted the story and lied against me. I asked my father to let me explain my side of the story but he declined. He only listened to his wife who asked that I should leave the house because she could not live with me anymore. He (my father) then chased me out of the house.

My mother did not accept me (when I was chased away from my father’s house) because when she divorced my dad, I was the one who decided to follow him (despite my mum getting a  court judgment to have custody of the children). Despite my plea, she stood her ground and insisted on not taking me in.

Before her demise, my stepmum asked my mum to reach out to me that she wanted to beg me. But, I refused seeing her and asked to be left alone. At that time, I did not know that she was about to die. It was when I heard of her demise and paid my father a condolence visit that we settled our differences.

I am not working on any project at the moment. However, I just concluded work on one in November 2021, titled, Ifeoluwa.

Stage acting is where the beauty of being an actor lies, while movies more or less follow trends. The quality of an actor is revealed on the stage.

I prefer acting on stage, especially when one is able to see the heads of all those seated in the theatre. It gives one a good ‘vibe’ to perform well.

By God’s grace, I would be 50 years in the entertainment industry by 2024. I started acting 48 years ago. It was the Nigerian Television Authority that discovered me. I was asked to play the role of a child in a play that was to be aired on the NTA at the time. The person who was supposed to play the role fell sick, and when the opportunity came for me to be used as an alternate, my father’s friend asked that I should try it, and I did well.

Meanwhile, there was someone who lived in my neighbourhood called Ukwa. I told him that I loved acting and he introduced me to Laolu Ogunniyi’s theatre team and registered me there. It was Victor Ashaolu who trained me properly for 11 years.

I did not leave (the industry) of my own volition. Some people in the industry wanted to sleep with me and I stood my ground that I would not do that with anyone in that sector. Because of that, I was not used or called for acting jobs for 14 years.

Kazeem Afolayan (Epsalum Movies) engaged Okiki Afolayan, a movie director, and it was Okiki, who started pushing jobs my way when he realised how good I was, and I told him the reason for my absence from the industry.

I have plans to still do more in that area. The programme I will like to bring back is Gele O Dun, because it is educational and centres on how lovers can meet, and what couples should do together to live in peace.

Fame has its price and if managed properly, there is no door it cannot open for one.

On the flipside, fame exposes one to a lot of danger because one is in the public space. No one bothers about what one is going through.

Some of the movies that contributed to my breakthrough are Lucky Boy and Ajoji.

I am a pleasant and emotional person. Also, I am a no nonsense person, and not a noisemaker.

I love broadcasting and watching movies, mostly Indian ones.

The roles that best mirror my true character are the ones where I play a motherly role, and a mother who does not condone nonsense.

In contrast, the ones that are opposite of my character are the ones where I play the role of a mother to a truant or a prostitute.

While making them, I had the normal experience every producer has. I had to cope with the ‘madness’ of actors and crew members.

I met my husband, Edmond George, on my way back from the National Arts Theatre in Lagos, where I had gone to rehearse one evening. He gave me a lift because there was no bus or cab for me to take, so he decided to help us (myself and others who came for the rehearsal).

I unwind by watching good movies, having a chilled drink at home or going to church.

I love to dress comfortably.

Once in a while, I travel to the United States of America and Dubai (United Arab Emirates).

(Laughs) A lot of people know my name. Perhaps, they cannot match the face to the name.