A mob was observed destroying and tearing down the billboards in parts of the town. 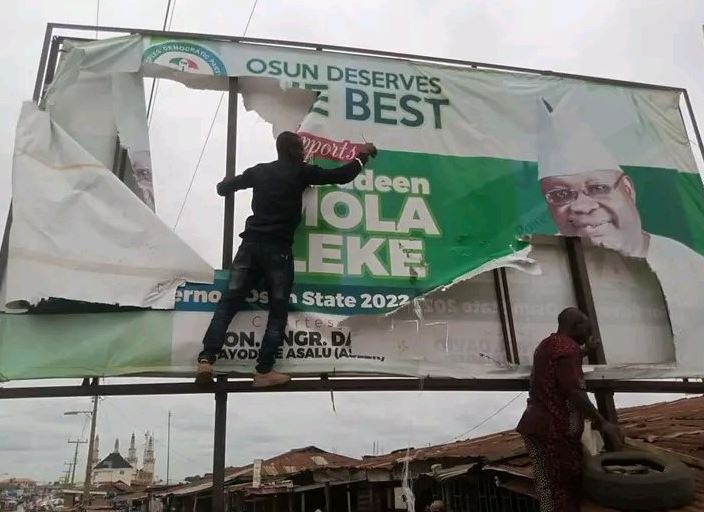 
There was palpable tension in Ejigbo town, Ejigbo Local Government Area of Osun State as the campaign billboards of Governorship aspirant, Senator Ademola Adeleke was set ripped off and ablaze by unknown persons.

Sources told Dailypost  that a mob was observed destroying and tearing down the billboards in parts of the town.

At the time of filing this report, the cause of the incident had not been ascertained but it is thought that it may be connected to the recently concluded Osun PDP primaries for the Osun State House of Assembly and House of Representatives election.

Sources also disclosed that the mob may have been instigated by supporters of popular aspirants who lost out during the primaries.

After the election, there have been feelings of betrayal among some of the aspirants who are seeking to return to their elective positions but felt left out by Senator Ademola Adeleke. 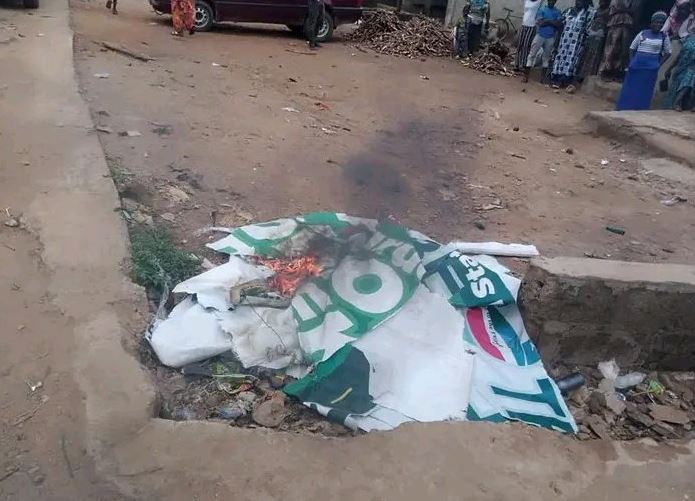 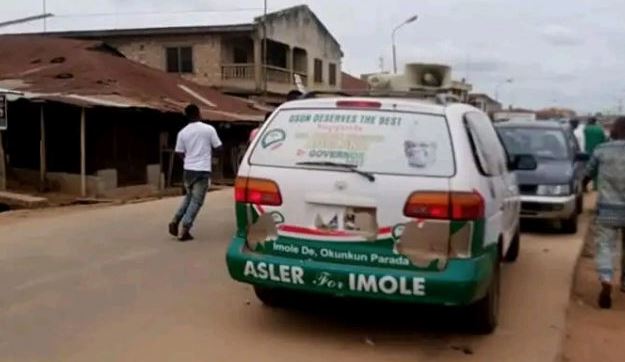