The group disclosed that they cannot offer money to the former president hence the choice of the crocodile. 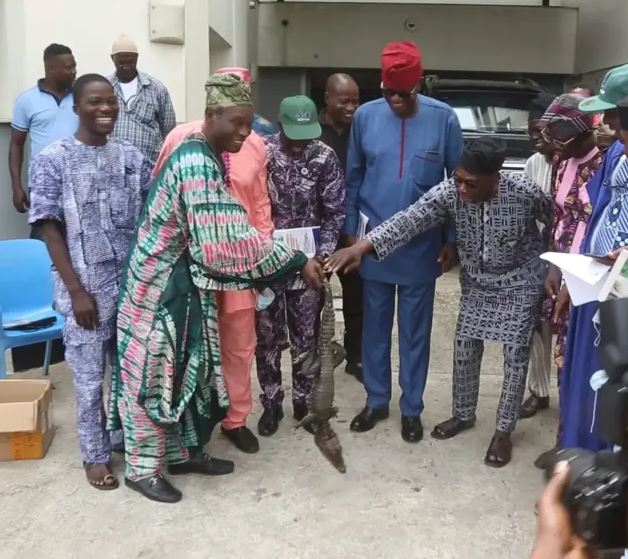 Members of an association led by the chairman, Evangelist Oluwatosin Jeremiah presented a crocodile to Former President Olusegun Obasanjo shortly after a closed-door meeting with him at his residence in Abeokuta, Ogun State.

Jeremiah told newsmen that the association had visited the former President to seek his help on the challenges facing the rubber industry in Nigeria.

He identified funding and land as the major challenges in the industry.

Asked what informed choice of a crocodile as a present to Obasanjo, he responded “We can’t give him money, that’s why we settled for this and you can see how he received and valued it.”

The former President immediately handed over the crocodile to Mr. Oluwadamilare Ajayi who is the Wildlife Curator at the Olusegun Obasanjo Presidential Library (OOPL) Wildlife park.