Harley Chatterton, 4, was a victim of the attack at a communal garden in Baillieston in Glasgow, Scotland. 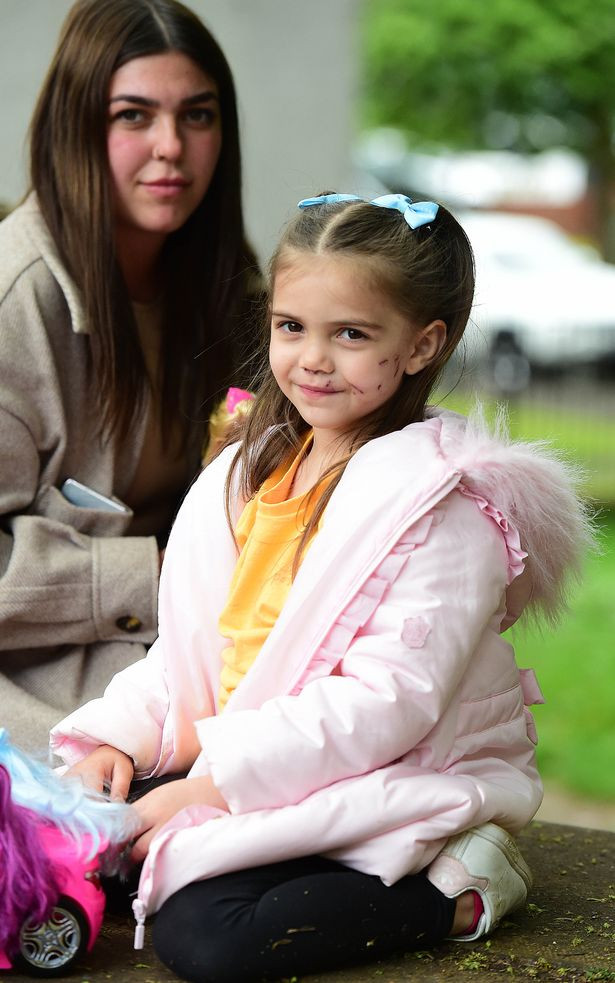 A little 4-year-old has been attacked by a dog and left with 13 facial injuries.
The Scottish girl after the attack was left needing 60 stitches.
Harley Chatterton, 4, was a victim of the attack at a communal garden in Baillieston in Glasgow, Scotland.
According to the Daily Record, she suffered 13 injuries to her face and might now be permanently scarred after a one-year-old Jackador dog attacked her on Saturday, May 21.
The dog has now been taken by authorities.
Her mum Caprice Finlay said: "Only time will tell if the scars will disappear.
"The surgeon gave us scarring cream, but said they could be there forever.
"All I had been told was that Harley had been attacked by a dog. I didn't know where or how bad it was. Me and Stephen got there quickly after it happened.
"The first thing I saw was my mum covered in blood.
"I was horrified, I knew it must have been serious
"When I saw my little girl's face I was heartbroken.
"She was in so much pain and wouldn't let anyone near her - she was crying hysterically."
Four-year-old girl is left with injuries on her face after brutal dog attack in her back garden
The attack was witnessed by grandma Janet Finlay, who was left covered in her granddaughter's blood after attempting to free the girl from the dog's grip.
Emergency services attended, and immediately rushed poor Harley to the Royal Hospital for Sick Children in Glasgow where she underwent plastic surgery to try to repair the deep wounds.
A two-hour operation left her with 60 stitches in 13 different places on her face, and she wasn't able to eat for two days due to a swollen lip.
Her mum added: "She was in agony and couldn't eat or drink. It was so hard to watch because we couldn't make her better.
"After she saw herself in the mirror, she kept asking why the dog did this to her - my heart was broken for her."
A 21-year-old woman will appear at Glasgow Sheriff Court in connection with the incident, although local police confirmed that the woman has been released until the date is set.
A Police Scotland spokesperson said: "Officers were called to reports of a child having been bitten by a dog on Bredishold Road, Glasgow at around 4.55pm on Saturday, May 14.
"Emergency services attended and the child was taken to the Queen Elizabeth University Hospital.
"A 21-year-old woman was released on an undertaking to appear at Glasgow Sheriff Court at a later date.
"The dog was seized."
Top Stories