Government Of Jersey To Engage Nigeria On Return Of Jeremiah Useni’s £1.9m Loot


Useni reportedly transferred the money into the island’s Standard Chartered Bank accounts using a false identity between 1989 and the late 1990s while he was in military service. 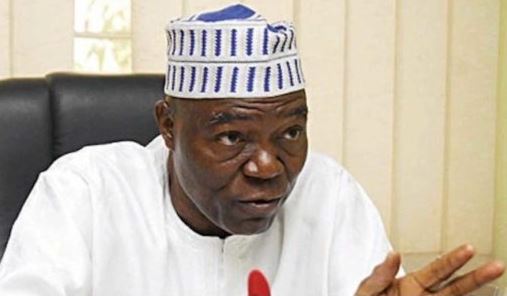 The government of Jersey will be engaging the Federal govt on the repatriation of the £1.9 million loot forfeited by retired Lieutenant General Jeremiah Useni, following an order by the Royal Court.

79-year-old Useni who served as the Minister of the Federal Capital Territory under the late General Sani Abacha military junta from 1993 to 1998, transferred the money into the island’s Standard Chartered Bank accounts using a false identity between 1989 and the late 1990s while he was in military service.

The General did not attend the forfeiture hearing and was not represented at the session, although he was represented at previous hearings in the case.

“Jersey has robust and effective legislation which in appropriate cases will be used to forfeit monies associated with corruption summarily and ensure that such funds are returned for the benefit of the people who have suffered from its effects.

“I will explore with the Government of the Federal Republic of Nigeria how to return these forfeited assets to the people of Nigeria.

“However, there is an existing framework for the return of funds to Nigeria linked to the Abacha regime which was successfully established with the Governments of Nigeria and the United States in relation to the return of over US$300 million of the assets of Doraville Properties Corporation.”

The statement added that “the decision is open to appeal.”