The former leader and Chairman of the Lagos State chapter of the National Conscience Party was born on May 7, 1958, and died on Monday, May 23, 2022. 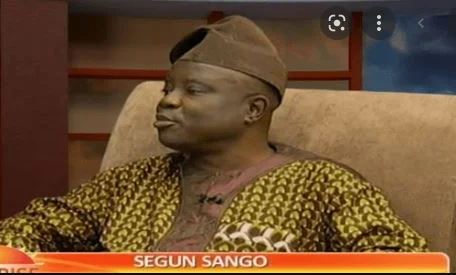 Segun Aderemi, the founding General Secretary of the Democratic Socialist Movement and a leader of the Socialist Party of Nigeria, who was better known as Segun Sango, is dead.

The former leader and Chairman of the Lagos State chapter of the National Conscience Party was born on May 7, 1958, and died on Monday, May 23, 2022.

In his tribute, the Executive Director of International Press Centre, Lagos, Lanre Arogundade, described Sango as a real hero of Nigeria’s democracy.

He confirmed in his tribute made available to our correspondent that DSM members, Taiwo Hassan (Soweto) and Peluola Adewale (Pelad) were at the Lagos State University Teaching Hospital, where the remains of Sango were deposited early on Tuesday.

He wrote, “Segun Sango, former National Mobilisation Officer of the Labour and Civil Society Coalition and a regular at the front lines of protests and demonstrations – against fuel price hike and subsidy removal, against the annulment of June 12 election, against military rule, against education commercialisation, etc., has taken a final bow. He wrote his epitaph. He dreamt of the working-class socialist revolution; he spoke and worked for it; he lived an exemplary life of a true revolutionist.

“Both in theory and praxis, he was a Nigerian version of truly dedicated world-class revolutionaries who built cadres across generations.

“A man of steel, he was strong in illness, such that he lived for years with a debilitating illness. However, his wife’s unquantifiable love and care, a good and kind-hearted comrade in her special regard, was also a significant factor that hid this.”