JNI, however, stressed that the lexis of the “so called” unknown gunmen is no longer tenable saying, they are known but ignored. 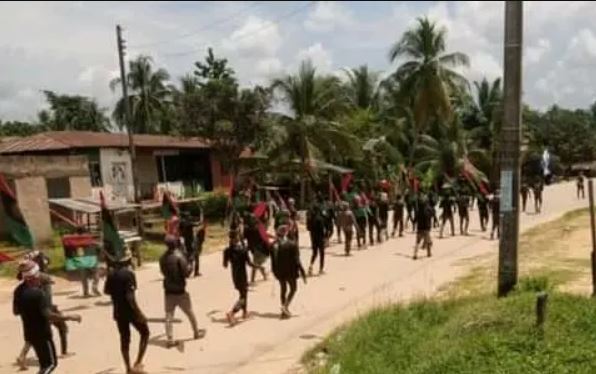 According to a report by Daily Trust, the Jama’atu Nasil Islam (JNI) has said it has had enough of the senseless killings of innocent people by unknown gunmen.

JNI in a statement by its Secretary-General, Dr. Khalid Abubakar Aliyu, condemned what it described as the ” barbaric and unprovoked” killing of one Harira Jibrin, a pregnant woman with four of her children at Isulo in Orumba North Local Government Area of Anambra State.

JNI, however, stressed that the lexis of the “so called” unknown gunmen is no longer tenable saying, they are known but ignored.

“We have had enough, so it should be left for what it is enough! Moreover, as we have always stated in our similar press releases, governments should be seen as swiftly acting on security related issues, as it is its primary Constitutional responsibility to protect, secure and provide welfare to citizens, as enunciated on the second schedule of the 1999 amended Constitution.”

“JNI has painfully, with dismay been observing the orchestrated unchecked atrocities dished out to many innocent Muslim menial traders’ wares, including animals. The attitude, in effect, depicts the most unfortunate high level of hatred and impunity. The JNI feels that it was high time the governments acted lest things get out of hand,” the statement read.

The organisation commiserated with the families of the victims of serial killings and abductions in Nigeria and implored the federal government to live up to its responsibility of protecting lives.

While observing that the killings were now transforming to being more religious and ethnic/tribal, JNI urged Nigerians to learn from different historical accounts.

JNI said, “Government must spare no efforts to immediately take control of all forests and swampy areas that have become hideouts for criminals and constitute a joint task force to specially attend to the rising tide of killings in South-Eastern Nigeria.

“Governments at all levels should act beyond mere verbal condemnations on security related matters and the South-Eastern states’ governments and Governors, as well as community leaders over there should be seen and heard condemning and assuaging fears and tension within their respective states and communities (as the case may be) as silence would not be golden, in so unfortunate a situation.”