The Secretary of the Conference, the Rt. Revd. (Dr.) Michael Akinwale confirmed the demand in a statement issued to newsmen on Monday. 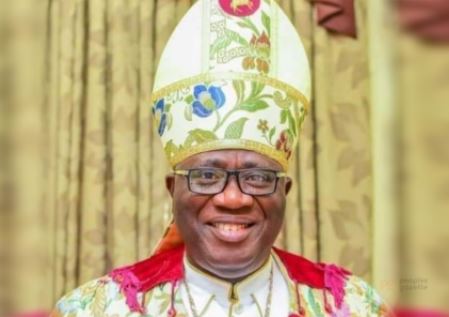 The News Agency of Nigeria (NAN) reports that the abductors of the Prelate of the Methodist Church, Nigeria His Eminence, Samuel Kanu-Uche, and two other priests from the church have demanded a sum N100 million as ransom.

The Prelate, the Bishop of Owerri, Rt. Rev. Dennis Mark and the Prelate’s Chaplain, were kidnapped on Sunday in Umunneochi Local Government Area of Abia.

They were abducted while they were on their way from a programme in the council area.

The Secretary of the Conference, the Rt. Revd. (Dr.) Michael Akinwale confirmed the demand in a statement issued to newsmen on Monday.

He appealed to all parishioners to rise and help in raising the N100million ransom.

The statement read in part, “The devastating news of the abduction of our Prelate, the Bishop of Owerri, and the Prelate’s Chaplain has left everybody in shock.

“This is a period of trial in which the Church must cry out that ‘The Lord that answereth by Fire’ must be our God to destroy all the manipulations of the adversary.

“Let us all arise and cry out to the Lord!

“As we engage in Prayer Warfare, this serves to notify you that the abductors have demanded a ransom of N100m.

“In view of the urgency and the dire need to arrest the situation for the safety of our Prelate and other abductees, it has become imperative to seek your urgent response to raise the N100m ransom

“The safety of the Prelate and other abductees must be of paramount concern to all, and your contributions spiritually and monetarily shall not go unrewarded.”

Meanwhile, the Police Public Relations Officer in Abia, SP Geoffrey Ogbonna confirmed the incident to our correspondent on Sunday.

“It’s quite unfortunate. Efforts are on top gear toward his rescue as well as other priests with him.

“We solicit credible information from the public toward their rescue, please,” Ogbonna had said.