He described the presidential candidate of the PDP, former vice president Atiku Abubakar, as a worthy candidate. 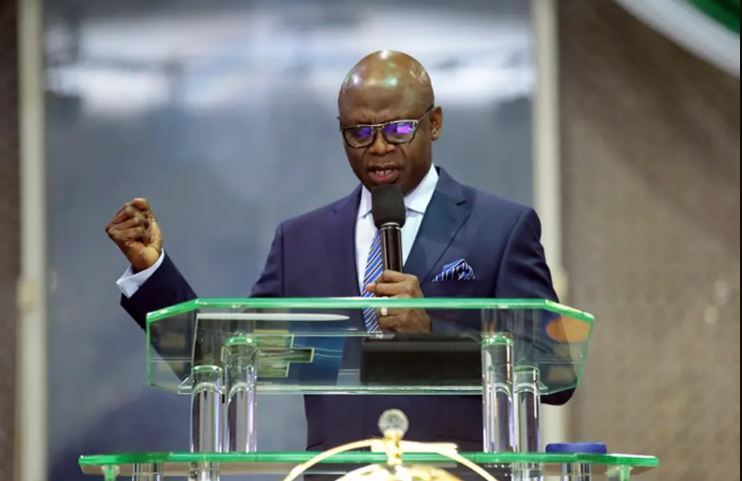 Pastor Tunde Bakare, the Serving Overseer of the Citadel Global Community Church, has expressed optimism about defeating former Vice-President Atiku Abubakar, the Peoples Democratic Party’s presidential candidate, if he was given the All Progressives Congress’ ticket.

While addressing journalists, the presidential aspirant expressed satisfaction with the screening process.

He described the presidential candidate of the PDP, former vice president Atiku Abubakar, as a worthy candidate.

Asked about the exercise, he said, “The screening exercise went very well. Appropriate questions were asked about how we are going to fix the challenges facing our nation and appropriate answers were given to them.

“By God’s grace, we are pleased that we had something to offer this nation. In this critical moment in our history, nobody can say I have all the solutions. But we did say to them that we will assemble the best, brightest and fittest from within the country, north and south, and from outside of the country, those in the diaspora.

“The time has come for us to raise the foundation of many generations, to restore our path and ensure that our nation becomes great again.”

Meanwhile, The PUNCH learnt that like the opposition PDP, the APC snubbed the request of the Drug Law Enforcement Agency to administer drug tests on aspirants.

Aspirants told The PUNCH that there was no mention of a drug test by the party.

It was learnt that the Oyegun-led committee would submit its report to the national chairman who would, in turn, forward it to President Buhari for action.