Lady Stabbed By Traffic Robbers In Lagos Who Snatched Her Belongings


According to the Twitter user, the incident occurred while the lady was on her way to work and in broad daylight. 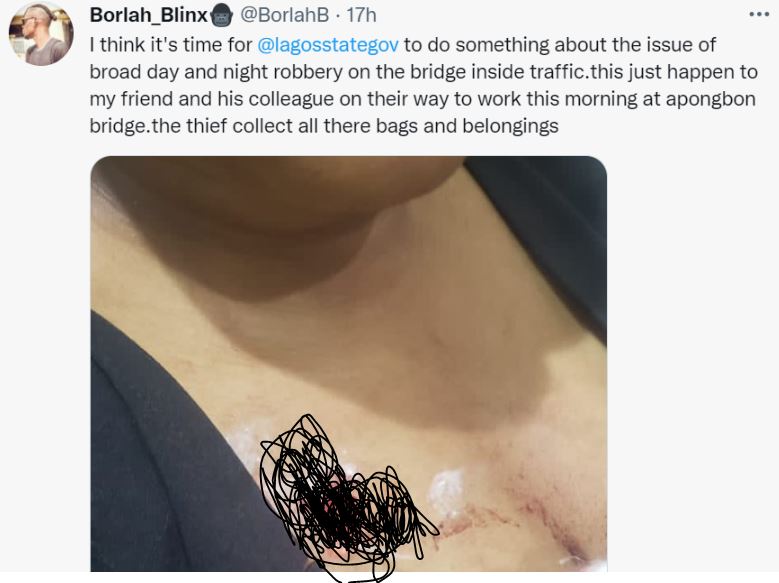 A lady has been reportedly stabbed by traffic robbers at Apongbon bridge in Lagos, who also dispossessed her of her belongings.

Twitter user, @BorlahB said the incident occurred while the lady was on her way to work and in broad daylight.

''I think it's time for @lagosstategov  to do something about the issue of broad day and night robbery on the bridge inside traffic.this just happened to my friend and his colleague on their way to work this morning at apongbon bridge.the thief collected all thier bags and belongings

And still stabbed her with a knife.if @jidesanwoolu did not do something to stop this criminal act in Lagos immediately am afraid what our fate is going to be in next four years again..and I don't think we are even going to vote for him for second term.''