Trish Lorenz had caused controversy online after her book 'Soro Soke' was released. She had in an interview claimed that she named EndSars protesters 'Soro Soke generation. 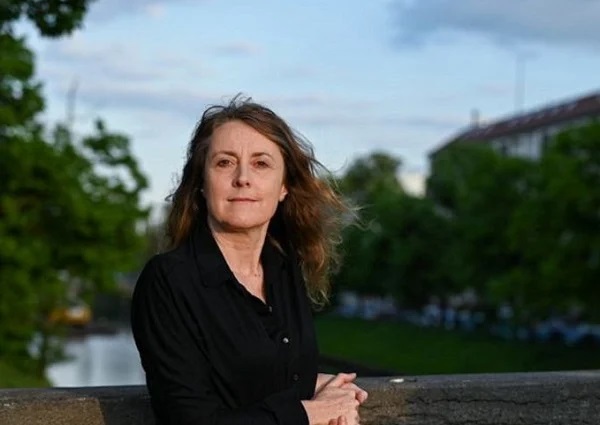 A UK author based in Germany who claimed to have named EndSARs protesters 'soro soke' generation has been called out and her publisher forced to issue an apology.
Trish Lorenz had caused controversy online after her book 'Soro Soke' was released. She had in an interview claimed that she named EndSars protesters 'Soro Soke generation.
“This cohort exhibits a confident outspokenness and a tendency for creative disruption, leading me to name them the Soro Soke generation,” she said.
The claim generated backlash on Twitter with Nigerians calling for her book to be pulled down.
She had named the book ‘Soro Soke’ after a Yoruba-sourced phrase meaning “speak out”.
The phrase is a popular term used by Nigerians during the #EndSARS protest against police brutality in 2020.
The publication won her the 2021/2022 Nine Dots Prize which lauds creative thinking that tackles contemporary societal issues.
In her book, Lorenz, who is based in Berlin, examined the bravery of youths who led the movement and featured the views of some Nigerians who took part in the demonstration.
The Cambridge University Press, publisher of the interview and Nine Dotz Prize that gave her the award in a joint statement said it has corrected the claim by the author.
It clarified that the interview had been updated and described the author’s gaffe as “unintentional”.
“There was no intention by Trish Lorenz or anyone involved with the book, to suggest that Trish invented the phrase ‘Soro Soke Generation’,” the joint statement read.
“No such claim was made in the book. Rather, it was an unintentional turn of phrase in a single interview, the text of which has now been corrected.
“Soro Soke was chosen as its title due to its use as a rallying cry and call for change among young protestors in Nigeria, something which is made clear in the book.”
Nigerians also signed a petition demanding the recall of Lorenz’s book.
“Soro Soke is a Nigerian movement. One that came with our blood, sweat, and tears. We are yet to recover from the aftermath,” the petition read in part.
“This is a Nigerian story to tell and we have Nigerians who are qualified to tell it. We have already told it without support or visibility. African stories must be told by African people.”
The petition has gotten over 6,900 signatures.

I am so excited that my first book, Soro Soke, is published today. To see it advertised in the CUP bookstore windows is mind blowing. I can’t stop smiling https://t.co/umCdew27nh