Monkeypox Can Be Transmitted Through S*x - NCDC Reveals


This is as a medical virologist and immunologist noted that the disease is deadlier in patients suffering from other diseases. 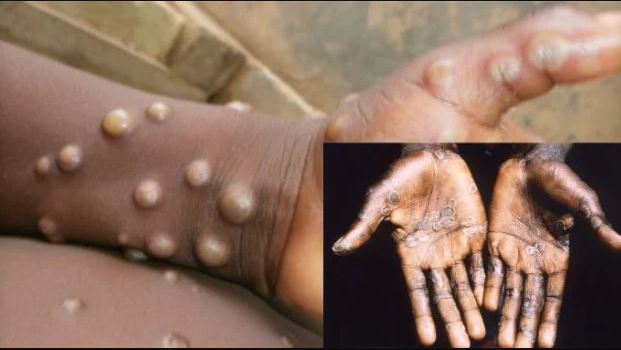 The Nigeria Centre for Disease Control has warned that the Monkeypox disease can be transmitted through sexual intercourse.

This is as a medical virologist and immunologist noted that the disease is deadlier in patients suffering from other diseases.

The PUNCH reports that Monkeypox, a rare disease that is caused by infection with the monkeypox virus, belongs to the Orthopoxvirus genus in the family Poxviridae.

The disease has recently surfaced in some European countries, with 66 suspected cases reported so far in Nigeria in 2022.The NCDC noted that of the 66, no fewer than 21 cases had been confirmed but countries such as the United Kingdom, the US, Portugal, Spain, Israel, Lebanon and Canada among others have reported cases.

The World Health Organisation, in a statement it released last week, noted that the outbreak of the Monkeypox disease is being discovered in countries where it is not endemic.

However, the NCDC’s post on its website, which was seen by The PUNCH on Thursday, noted that sexual intercourse happens to be a mode of transmission.

The post read, “Symptoms of the illness include fever, headache, body aches, weakness, swollen lymph nodes (glands) and a rash. After about 1 to 3 days of fever, the rash erupts, beginning on the face and then spreading to the body with the face and palms/soles being mostly affected. “They can also occur in and around the genitals which is why contact during sex is one mode of transmission. It is mostly a self-limiting illness that often lasts for two to four weeks.”Speaking in an interview with The PUNCH, a Professor of Medical Virology, University of Maiduguri, Prof Marycelin Baba, said the disease could be transmitted through skin contact.

“There is a risk of human to human transmission. If you have someone around you who has the infection, it is very easy for you to get infected and sex cannot be ruled out because there is contact,” Baba said.

Also, a medical virologist and immunologist at the Adeleke University, Ede, Osun State, Dr Oladipo Kolawole, told our correspondent that Monkeypox can overwhelm patients with co-morbidity (existence of more than one disease or condition within the body at the same time) and can lead to death.

Kolawole said, “There are different types of co-morbidity but anybody that is immunocompromised due to a certain disease condition and now has Monkeypox may suffer the possibility of death.

“The meaning is that the person’s immune system is immunocompromised; he cannot handle such infections. So, the power of the virus will overwhelm the immune system of such an individual which may lead to death.”