Atolani alleged that the security officials insulted her husband and when he objected, he was harassed and beaten up with sticks and other sharp objects. 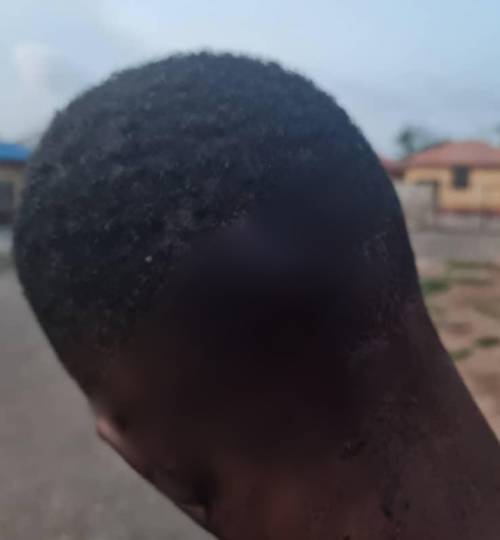 A Nigerian woman on Twitter who was identified only as Atolani has called for justice after security operatives at the Akure airport, Ondo State, allegedly brutalised her husband over a parking lot.

The aggrieved woman, @Atolani8, who took to her Twitter handle on Thursday explained that her husband had come to pick her up on Tuesday, May 30, and had parked his vehicle at the parking lot.

Upon returning to the parking lot, the vehicle had already been chained by the security operatives. She said her husband approached the security men to enquire about the fine and processes of paying such but was ignored.

She said when he realised the chain was not locked, he removed it and left but was asked to go back to the spot from the main exit.

Atolani alleged that the security officials insulted her husband and when he objected, he was harassed and beaten up with sticks and other sharp objects.

Sharing photos of the man in blood-stained clothing, Atolani cried out for justice.

She tweeted, “I landed from Lagos to Akure on 30th of May 2022, my husband was already waiting for me at Akure airport. He parked his car at the park only for him to get back there and found out his car was chained. He asked for those in charge so we could pay the fine and leave.

“He met with some of the securities but none of them responded, they were using us to catch cruise. He realised the chain was just there without a lock so he removed and we were about to leave when all their officers started coming out.

“They sent a signal to the securities at the main entrance, we were asked to go back and pay the fine which we had already requested for but was ignored, we turned back and went to meet those first set of security. They started abusing my husband in my presence.

“One of them said he doesn't have manners, my husband told them it's wrong to use such words, and they decided to lock him up in their guard room. He resisted and was seriously beaten (sticks, metal and other sharp objects)."