Baba said the approval and allocation of a national police shortcode by the National Communications Commission (NCC) was a landmark achievement. 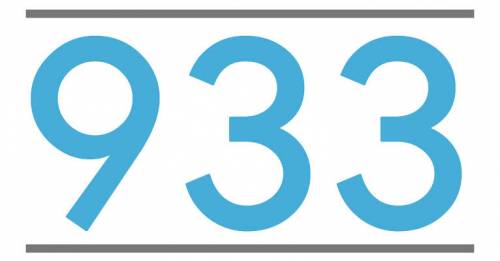 The Nigeria Police Force has said it has secured a 933 national Police Short Code for free emergency calls and information sharing with the citizens.

The Inspector General of Police, Usman Baba, disclosed this during a meeting with strategic police managers and official launch of the Police Specialised Services Automation Project (POSSAP) at the Force Headquarters, Abuja on Thursday.

Baba said the approval and allocation of a national police short code by the National Communications Commission (NCC) was a landmark achievement.

He said, “In order to enhance the attainment of our internal security mandate, I am also delighted to confirm that we have secured the approval of the National Communications Commission (NCC) for the allocation of a national Police Short Code for free emergency calls and information sharing between the police and the citizens.

“The acquisition of the short Code which is ‘933’ is a landmark initiative by the Force leadership to bridge the age-long emergency communication gap between the Police and members of the public. The code will soon be formally launched.”

He stated that the force since the beginning of this year, had been strengthening “our logistics and operational capacity through the procurement and deployment of five hundred and thirty (530) purpose-built operational vehicles including armoured personnel carriers (APCs) and patrol vans.”

Giving the breakdown, Baba said, “Two hundred and eighty-three (283) of these operational vehicles were procured within the Nigeria Police budgetary provisions by the Force leadership, while two hundred (200) were procured through the intervention of the Nigeria Police Trust Fund. Thirty-one (31) additional vehicles were acquired by the Ministry of Police Affairs for the Force, while sixteen (16) others were donated to the Force by the Nigeria Sovereign Investment Authority for the purpose of enhancing our operations along the Abuja-Kaduna highway.

“Aside these, we have also procured two thousand, five hundred (2,500) bullet-proof vests/armoured plates, and ninety-three thousand, five hundred and eighty-three (93,583) long and short range teargas for civil disorder management. All these assets have been distributed to Police Commands/formations and are currently being deployed to strengthen our on-going special Anti-Banditry and Violent Crimes Operations across the country.”