The delegate it was gathered died inside his hotel room in Abuja while waiting to vote at the convention. 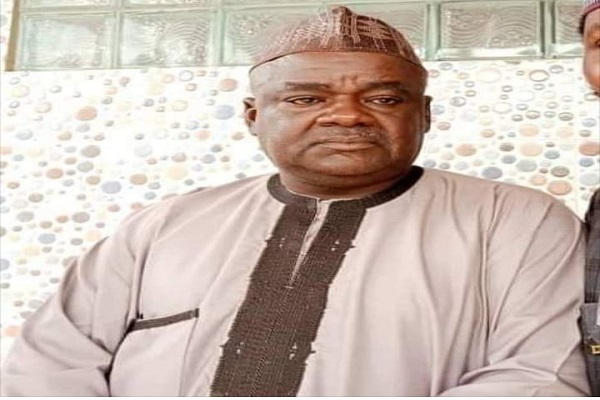 Alhaji Baba Buji (Photo:TheNation)
An All Progressives Congress delegate has reportedly died in his hotel room.
The delegate identified as Alhaji Isa Baba Buji from Buji Local Government Area (LGA) of Jigawa State died this afternoon in Abuja at the age of 61.
It is not yet clear how the delegate died, or the cause of his death.
The sad news was confirmed by Vice President, Prof. Yemi Osinbajo.
He said he is saddened by news of the delegate’s exit.
In a statement by Laolu Akande, one of his aides, Osinbajo extended his condolence to the deceased’s family, associates, government and people of the Jigawa State. He also prayed that his soul rests in peace.
See post below: 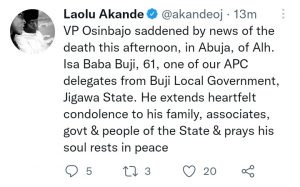