The golf legend has a net worth of at least $1 billion based on his lifetime earnings. 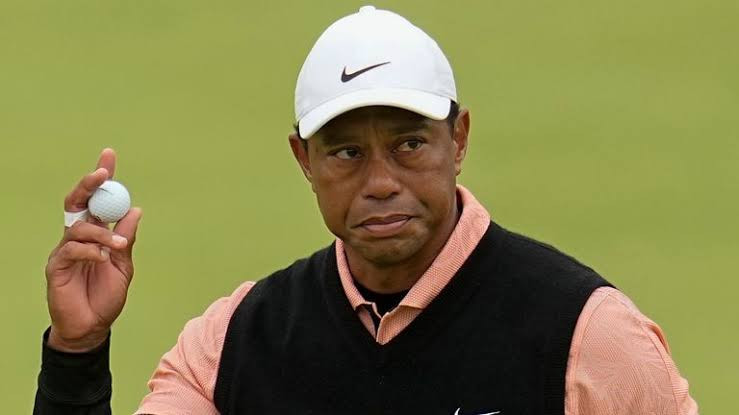 Golf legend, Tiger Woods is now a billionaire.
According to Forbes, 46-year-old golf legend, Tiger Woods has a net worth of at least $1 billion based on his lifetime earnings.
He is the third-ever athlete to achieve this feat after NBA stars Michael Jordan and LeBron James.
He reportedly raked in over $1.7 billion in salary, endorsements and other income over the course of his 27-year career, more than anyone else Forbes has tracked.
Woods reached that rarified air despite reportedly turning down a “mind-blowingly enormous” offer from the new Saudi-backed LIV Golf tour, a deal that LIV CEO Greg Norman told the Washington Post would’ve been in the “high nine digits.”
Yet to this point, less than 10% of Woods’ career earnings, and net worth, comes from golf winnings.
The bulk of his fortune comes from enormous endorsement deals with more than a dozen brands, including Gatorade, Monster Energy, TaylorMade, Rolex and Nike, with whom he signed in 1996 and which remains his biggest backer.
Woods has also used his status and earnings to expand into an array of other ventures, which now include a golf design business (TGR Design), a live events production company (TGR Live) and a restaurant (The Woods). Through TGR Ventures, Woods has taken stakes in Full Swing, a golf technology training tool; Heard, a hospitality software startup; and PopStroke, a luxury mini-golf experience with four locations in Florida and plans to open a half-dozen more locations across the country in 2022. Woods is also identified as a partner in a SPAC announced in January, and he is an investor alongside British billionaire Joe Lewis’ Tavistock Group, golfing rival Ernie Els and Justin Timberlake in NEXUS Luxury Collection, a group of clubs and resorts.
The athlete's impact on golf’s TV ratings, and purse sizes, cannot be overstated. In the early 2000s, according to former CBS president Neal Pilson, TV audiences would drop 30% to 50% when Woods was not in contention at a tournament.
This so-called “Tiger Effect” contributed to PGA Tour winnings nearly tripling between 1996 and 2008, a stretch in which Woods won 14 major championships. (He is still a major draw, but less so these days.)
At his peak, Woods was the most prolific athlete endorser in history, earning north of $100 million per year off the course.
He held the No. 1 spot in Forbes’ highest-paid athletes list for ten consecutive years, ending in 2012. Not even his dramatic fall from grace after his 2009 Thanksgiving car crash derailed his earnings power. Over the last 12 months, despite hardly ever teeing up the ball while recovering from a serious car accident, Woods collected $68 million in off-course income, enough to make him the 14th-highest-paid athlete in the world.
Away from the course, Woods enjoys a luxurious lifestyle that is befitting of his billionaire status. He lives in the exclusive area of Jupiter, Florida and resides in a stunning $48m mansion.
Not only does it have its own four-hole golf course, but the pad features a 100ft swimming pool, outdoor basketball area and tennis court.
Top Stories