The mob caught the suspect in Okutukutu area of the state capital, seized him and beat him to a pulp. 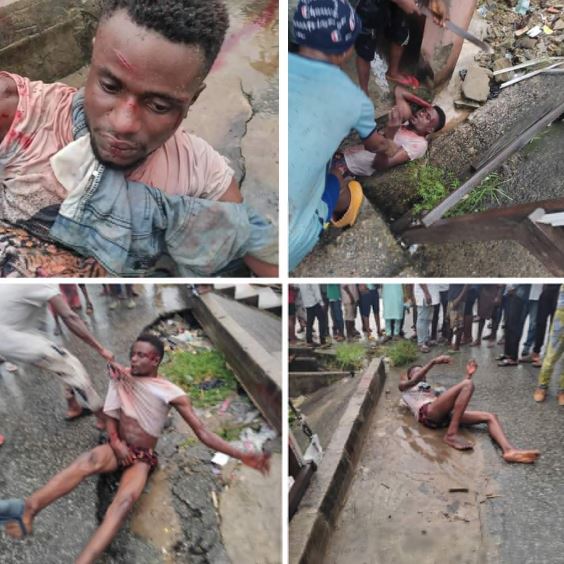 An irate mob mercilessly dealt with a suspected thief after he allegedly snatched a phone from a lady in Bayelsa.

It was gathered that the suspect stole the phone from the victim's shop at Opolo area of Yenagoa on Monday, June 13.

The victim raised an alarm, a crowd gathered and pursued the suspect. His alleged accomplice who was waiting in a tricycle drove off, leaving him to the mercy of the angry mob.

Acccording to Kester Wilcox, the mob finally caught the suspect in Okutukutu area of the state capital, seized him and beat him to a pulp.

"Was robbing with keke, managed to take a ladies phone in her shop then he saw crowd chasing him, the keke driver left him. The incident happened @Opolo, Yenagoa Bayelsa state close to golden gate,he managed to run to Okutukutu (frying pan to fire) and he was caught," the witness narrated.

"He was well designed and taking good care of,by the mob. I also heard from an eye witness that his a popular thief in Agudama. He claimed he is from Ogbia,Emeyal 2" 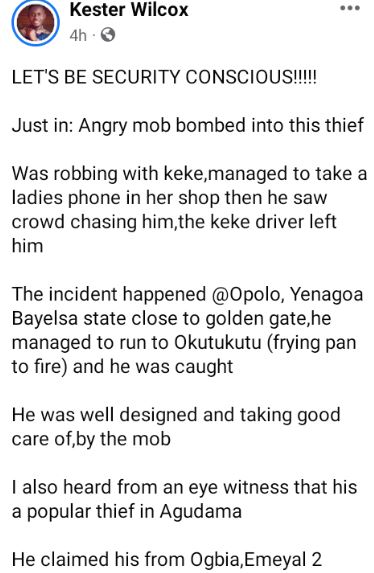