The woman reportedly sent the boy on an errand on Sunday, June 12, and he misplaced N100. 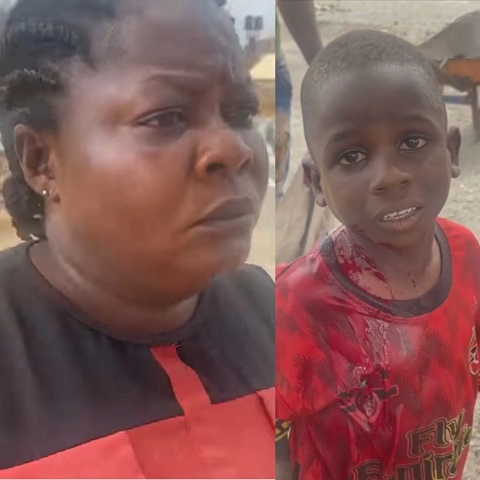 A woman has landed in serious trouble after breaking her nephew's head over misplaced N100.
She has now been arrested by the police.
The woman reportedly sent the boy on an errand on Sunday, June 12, and he misplaced N100.
When he returned without the money, she allegedly used a Coca-Cola bottle to break his head.
She then left him on the street bleeding profusely.
It wasn't until concerned passersby intervened that the woman cleaned the boy's head with a cloth.
Neighbours then began narrating all the woman has subjected the child to, including biting his finger and giving him a cut on his private part because he wet the bed.
The woman was handed over to the Nigerian police while the boy was handed over to the Juvenile Welfare Care (JWC) department of the Nigerian police.
Watch video below: