According to him, he was tagged a land grabber after his property on Iju Road, in the Agege area of the state, was demolished by government officials. 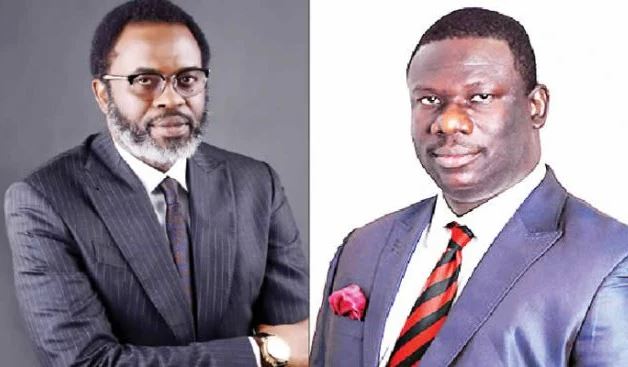 The allegation was levelled by Omotola during a press briefing in Lagos on Monday.

According to him, he was tagged a land grabber after his property on Iju Road, in the Agege area of the state, was demolished by government officials.

This was after the land on which the property was built was claimed by one Olabisi as belonging to her late husband.

In an earlier report by PUNCH Metro, the AG was quoted as saying Olabisi was the rightful owner of the land “having submitted a verified original deed of assignment, a composite survey plan and an approved building plan; whereas the respondents could not come up with an authentic document to back up their claims to the land.”

However, Omotola said a panel set up to resolve the issue, headed by the Solicitor General, Mrs Titilayo Shitta Bey, allegedly disputed the attorney general’s claims.

“At the meeting, Mrs Shitta Bey said since two persons were laying ownership claim to the land and they have purchased from different vendors, then it’s an issue of a land dispute instead of land grabbing and that parties should go and seek redress in court since the matter is before the court,” Omotola said.

He noted that he later discovered that the Office of the Attorney General had “colluded with one CSP Akinjide Alabi of Zone 2 Police Command to forge my statement in order to develop a charge against me.

“To prove my case, I subjected the statement to forensic at Alagbon FCID and the result came out to be forged. My lawyer, on the forensic report, wrote to the AG, but the letter was ignored to buttress our claim of conspiracy. I then petitioned the CSP that was used to perpetrate the forgery to the Inspector General of Police,” Omotola added.

He claimed that the IG, after an investigation based on a petition he filed, wrote to Onigbanjo to inform him that all documents were forged and that no police formation carried out any investigation on what generated a charge.

When our correspondent reached out to the attorney general, he said Omotola was only trying to escape facing charges.

He said, “Justice Oshodi issued a warrant of arrest on Mr Lai Omotola because he has refused to present himself before the court. He is now trying to use the press to blackmail and escape facing his charges. If indeed the documents are forged as he alleges, why not go to court and make a case for the charges to be dismissed based on the allegations? We’ll issue a full statement tomorrow (Tuesday) when work resumes.”