The police has given an update concerning a story of a white woman seen in Lagos distraught. 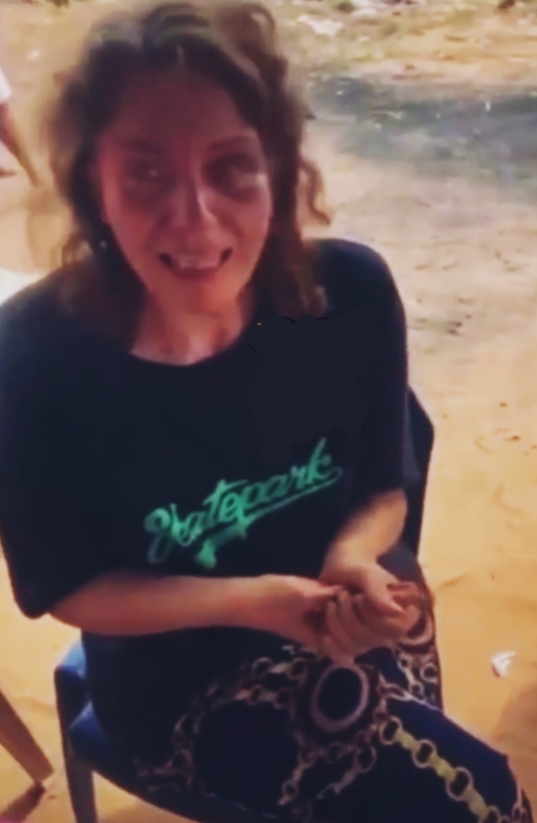 The Police in Lagos has given an update concerning a white lady alleged to have visited her boyfriend who is an internet fraudster.
The report alleged that the fraudster hypnotized her with charm, brought her to Nigeria, but she later regained her senses.
According to Police Spokesperson, Benjamin Hundeyin, the story is not true.
He took to Twitter to share the true story about the white lady.
He tweeted:
False narrative! The woman is German. She has been living with her husband in that same house since February 2019. They had a misunderstanding yesterday which necessitated neighbors intervening. The Police arrived on time and took her to the station.
She declined to be taken to the German embassy. She insisted on going back home with her husband. The husband too very willingly made up with her. They are happily back home. Note: I deliberately left out the names to give them their privacy. 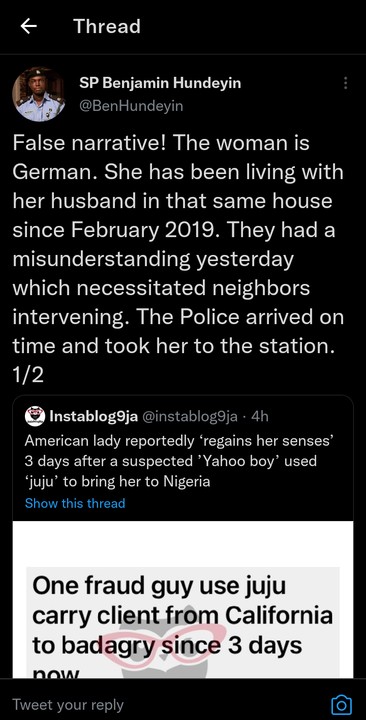 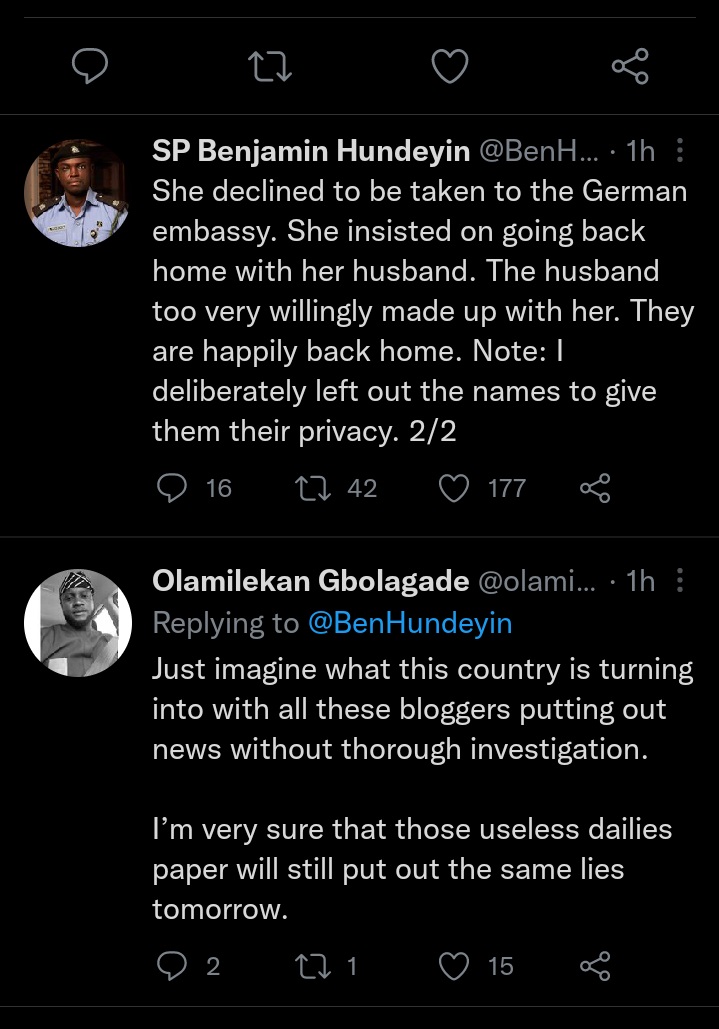